Denise Aymond is no fan of fertility drugs.

CBS Correspondent John Roberts reports that six years ago, after taking such drugs, Aymond gave birth to quintuplets. Since Alyssa, Garrett, Harley, Connor, and Krysta were born, Denise has been coping with the burdens of an instant family.

Aymond, a coordinator of Mothers of Supertwins, says part of the problem is impatience on the part of parents seeking to conceive.

"Society has just steered us into the direction, 'We want the quick fix. We want the quick remedy.'" she says. "I just really feel like a lot of it is impatience on our part. When we finally make that decision, we know there's something out there that can expedite the process. Well, why not reach for it?"

Those remedies have had an impact across the country. Since 1992, when the five Aymonds came into the world, the number of quintuplet births has more than doubled.

While the world marvels over these multiple births, doctors consider them negative side effects of fertility treatments. The babies are almost always born premature and need help breathing. They will in many cases suffer long-term health problems.

"In the vast majority of cases," said Dr. Mark Evans, reproductive geneticist, "these multifetal pregnancies occur to physicians who use the latest and the best of equipment and have just gotten unlucky."

He has developed a controversial method to reduce multiple pregnancies down to a number that makes many parents feel comfortable. But the procedure called fetal reductions - a euphemism for selective abortion - makes many feel uncomfortable.

In Texas, Nkem Chuckwu and Iyke Louis Udobi, parents of the octuplets, declined fetal reduction for religious reasons. So did Bobbi and Kenny McCaughey of Iowa, parents of septuplets born last year.

"From a public health perspective, while it's tragic that we have multifetal pregnancies, the need for selective reduction is actually a small price to pay for the thousands of women who can now have their own children," Evans said.

Kirk and Denise Aymond decided against reduction, even though many
doctors warned it was necessary for the health of the babies. "There is no right or wrong decision," Kirk says. "It's not an easy thing."

One of their quints is blind, and two others have speech problems. In hindsight, the parents say they wish they had never used fertility drugs.

"We wouldn't trade our kids in for anything," Kirk says. "We love them to death, but it's not a situation we would willingly put ourselves in."

Denise adds, "It's just bad that women, we get put in a situation where we have to make life choices and life decisions about what to do with pregnancies like this when this is not what any of us really wants or hopes for. You know, we're out there or that one child."

Doctors say there's an alternative to selective abortion. That is to closely monitor the mother while she is on fertility drugs so that if she produces too many eggs at one time, her doctor can recommend that she avoid pregnancy at that time. 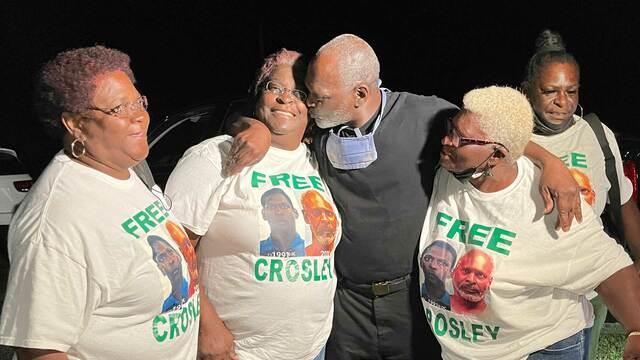