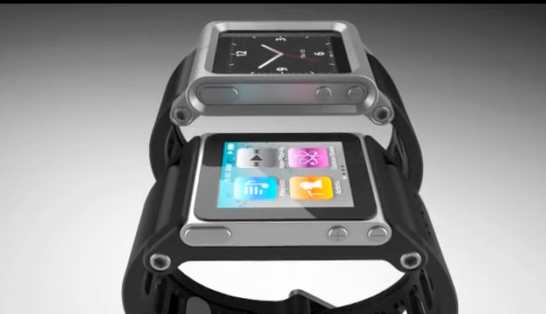 LOS ANGELES (CBS) When designer Scott Wilson and his firm Minimal create a product, they typically have a heavy hitting company like Microsoft or Nike backing them.

But now, there are sites making it easier than ever to get your idea off the ground, an audience to validate and invest in it without spending a dime. In Wilson's case, he wanted to create a watch for the iPod Nano, which is primarily a music player but has a watch feature and a pedometer.

So he sketched one out, got a few samples made and threw it on a site called Kickstarter.com, which allows you to raise money for a creative project through individual user donations.

While Steve Jobs hasn't approached Wilson yet, he did tell me that Apple co-founder Steve Wozniak donated $500 dollars to his cause.

You have until December 16th to donate and receive your very own watch. Otherwise, he expects the Tiktok to sell for $34.95 and LunaTik for $69.95 at a retailer in the future.

So is this a new business model and trend we'll be seeing more in the future? No question. "What's the most exciting thing about Kickstarter is what a small group can do to raise money around an idea... It's a very interesting platform to get instant global validation around a concept that typically companies would go to focus groups and try to make up their mind to try to do something."

According to their site, Kickstarter is the largest fundraising platform to date with over 3,000 projects successfully funded. Other sites like IndieGogo.com and Profounder.com have also become options for entrepreneurs and artists to raise money to successfully develop and launch projects.