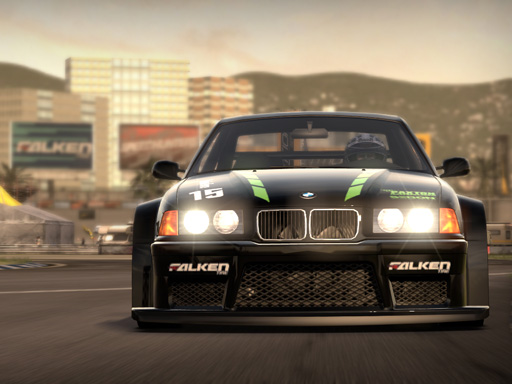 Divorce could be a painful, costly and tedious task, but once a couple has decided that their marriage cannot be saved, the next step is to put the divorce wheels in motion.

As part of the Kiss And Break-Up series on The Early Show, lawyer Marlene M. Browne, author of "The Divorce Process: Empowerment Through Knowledge," says the first thing people should do when deciding to divorce is to consult with a family lawyer.

The best way to find a lawyer is through word of mouth from a satisfied client, state bar association, the phone book, or the Internet.

Browne says you should not use the same attorney as your spouse. She says that would be a conflict of interest. A couple may, however, decide that just one of them should hire an attorney. That is fine as long as the unrepresented spouse understands the attorney works for only the one client, not the other.

Browne says only five percent of divorce cases are settled in court, leaving 95 percent to be settled by other methods.

The other options include divorce litigation, mediation, arbitration or collaborative divorce. Each of these methods varies from state to state.

The traditional method for dissolving a marriage is by divorce litigation. It is used when the couple can't agree upon how to resolve the money and child aspects of their divorce. Each spouse hires a divorce lawyer to contest each issue in court and eventually, at a trial. Most divorce cases are settled out of court. About five percent of divorce cases do go to trial.

You can't keep someone from filing for divorce. Most states don't require "fault" to file. So, anyone can get out of a marriage if he simply claims the marriage is over, that there are irreconcilable differences. But, there are two exceptions: If you've elected a "covenant" marriage, it is more difficult to divorce. If you live in New York, you must have grounds to file. (Examples: cruel and inhuman treatment; abandonment; imprisonment; adultery; living separate and apart pursuant to a separation judgment or decree; and living separate and apart pursuant to a separation agreement.)

Litigation method of divorce is the only way for the less powerful spouse (the one who lacks money or knowledge about the money) to get a fair share. Ultimately, the judge can level the playing field by compelling the "powerful" spouse to provide information that he/she didn't want to share. After a trial, a court can order him/her to pay a substantial sum of money and support to the other. Also, if a party doesn't like how the judge ruled on the divorce case after a trial, he/she can appeal the decision.

However, divorce litigation causes more hostility between the couple. Other drawbacks to litigation is that it can take a long time, it can become very expensive, with each party racking up attorneys and experts' fees by the hour and, the couple has no control over the ultimate outcome. Finally, everything is a matter of public record, unless the court seals the file, which is uncommon.

If you don't want to fight in court, divorce mediation is an alternative. Mediation is a friendly way for a couple to find solutions that are practical and can work best for each of them and their children, as their marriage ends. The couple hires a mediator, who acts as a neutral third party, who will help them discuss and reach their goals, but will not make any decisions for them.

A mediator can be found through word of mouth, bar association or through local state or county court house. The courts usually have a list of mediators who work with the family courts.

But, because a mediator does not advise you of the law or your rights, you should consult an attorney at least once, to make sure you're on the right track, and you're not getting taken.

With mediation, you remain in complete control of everything, the timing, the content and the tone. Plus, mediation is usually less expensive than litigation. Since the couple designs their own solutions, they usually stick to the agreement.

But, if the spouse doesn't want to be open and honest about the money, the assets, the debt, etc., mediation is not for you. Also, if your spouse is physically, emotionally, sexually or verbally abusive, meditation is not recommended. And, in some states, mediators are unregulated and without any required license or training. So, the buyer should beware.

Think of arbitration as a private, less formal trial where you get to pick the judge or judges. Often, they are retired judges. It's an expensive method, typically used by the wealthy and Hollywood celebrities who can't agree, don't want to mediate, but do not want their disputes aired in public, in a trial. So, they rent a suite in the Beverly Hills Hilton and arbitrate their divorce issues, in private and in luxury, resulting in a final and binding decision, known as an "award."

Arbitration is private, convenient, and binding. Once it's over, it's over - no appeals, no backing out, no starting over in court.

It's almost impossible to set aside or obtain relief from a binding "award." If you feel it was unfair — tough. And it's costly. You pay for lawyers, just as in litigation, and you pay for the arbitrators and the room in which the arbitration will take place. Finally, some states specifically limit arbitration to non-child related matters, because no hired gun should be taking the place of the court to protect a child in a contested custody matter.

Think of "Collaborative Divorce" as a team approach in which each spouse hires an attorney to assist the family in resolving the issues of alimony, child support, custody and property distribution. Collaborative divorce lawyers help their individual clients reach a reasonable settlement, but will not to go to court for them.

Collaborative divorce minimizes hostility and trauma to the family and is usually cheaper than going to court. Interestingly, in collaborative divorce, each spouse's attorneys is paid the same amount. Plus, when the parties do come to a cooperative settlement, they're more satisfied as there are no "winners" or "losers."

Divorce In The New Age

With the advent of the Internet, some may believe a divorce could be as quick and simple as ordering a book Online. It is not so, says Browne. She says there's no such thing as an "Internet divorce," so forget those Web sites that promise quickie, no- fuss Dominican Republic divorces.

They are not legal in the U.S. Some Web sites, for a fee, say they provide forms that allow you to obtain an uncontested, uncomplicated divorce in your state. You pay your money, download the documents, fill in the blanks, print the forms, sign them and file them with the court as instructed. But the forms from these Web sites are available for free from your state and county courts. And, you still will need to go to court. You must get a court to sign off on the final decree, sometimes called, "final judgment" of divorce.

According to Browne, women fare far worse than men after divorce. Some studies show that, on average, women's standards of living decrease by 30 percent after a divorce, whereas men enjoy a 10 percent increase in their standards of living. Usually it's because the women live with the children, so they're feeding more mouths and have extra expenses.

But Browne says, gradually, things are getting better as courts recognize that raising children, making a home, performing domestic services and providing (physical and emotional) support are critical components of a marriage to be valued when dividing property and awarding support.

To protect themselves in divorce cases, Browne recommends that people document the marital standard of living by filing a detailed financial affidavit, showing the court what you and your spouse earn (income), own (assets), owe (debt) and pay to live (budget). Your spouse will have to do the same. Once the court sees what you both have, it decides the money issues of your divorce.

Based upon the parties' financial information, the court will first distribute the marital or community property; comprised of assets like real estate, bank accounts, stocks, bonds, businesses or professional practices, pensions, retirement and annuity plans.

Then, after deciding who gets which assets, the court considers what type of alimony (permanent, rehabilitative, reimbursement, or limited duration) should be awarded — if at all — by looking at the dependent spouse's needs, the spouse's ability to meet those needs and the supporting spouse's ability to pay alimony to meet those needs. The goal is to order enough alimony so that the dependent spouse can live a lifestyle similar to the one established during the marriage, while at the same time, considering his or her ability to become self-sufficient in the future.

If a family has children, they are also affected by divorce. Every state in the U.S. has federally mandated child support guidelines. Once the court knows how much money each parent has to pay, and how many children are to be supported, it simply plugs the numbers into the guidelines, and a child support order is generated. It's a predictable process and most cases fall within the scope of the guidelines, but cases with too much money or too little to fit, the court will fix the child support obligation based upon what is fair and best for the child or children.

Browne says don't loose sight of the fact that your trying to tie down future money and needs at a time when you're probably feeling worn out and emotionally spent. So, take the final steps to protect yourself: