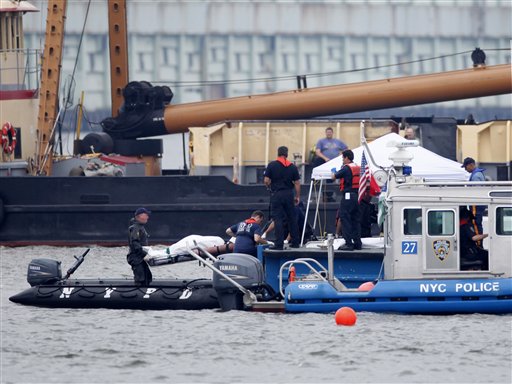 
So, if we are living in a service economy, why is service so bad?

I can't think of a single aspect of my career as a consumer where I am better served than I was ten or fifteen years ago. In fact, I have never found being a consumer more frustrating. I blame technology, corporate mergers, basic social anomie and alienation, plus talking to strangers.

On big ticket purchases this year, I'm 0-3 and getting cranky.

Last year, on March 2 to be exact, my family went out to buy a new washer and dryer (we do lead quite a life!). I did what I always do when exposed to too much choice - I coveted. It took one look at the sleek European machines and a few words from the sales guy about how they would extend the life of my pants for years to convince me that we needed to spend the extra grand for Scandinavian styling. It took one look from my wife and a brief lecture about the absurdity of spending extra dough for the aesthetics and indiscernible performance difference of appliances I rarely - OK, never - use. What could possibly make me think I could derive pleasure from having an upscale laundry system in the basement? Well, er, nothing.

So we got the basic domestic brand. But I was left with an embarrassing disgruntlement over not getting the really cool front-loading Euro-machine.

A few weeks ago, the washing machine started leaking. So I called the appliance repairman we always use. He said if the machine wasn't under warranty, we might as well replace it because the repair would cost hundreds of bucks. And he couldn't do warranty jobs for this brand anyway.

Then the huge multinational conglomerate that manufactured the machine offered me the privilege of staying on hold for 45 minutes to learn from the voice on the phone (I bet it was from a foreign land) that I had called 15 days too late to be covered by the warranty. A $500 dollar washing machine lasted less than a year - an outrage. I should have gone Euro. Buyer regret. Consumer anxiety. Strike one.

Luckily, the repairman, charmed, I believe, by our babysitter, cut us a break and put the repair under warranty.

In the fall, we had to get a new furnace. I wasn't massively bent out of shape because I became convinced by reading consumer stuff that the new, high-tech air cleaners would clear up the family sinuses (just like with the Swedish washing machine - a pattern). I told the eager-to-please HVAC company to proceed. And then, for the next few weeks, I begged the couldn't-care-less HVAC company to actually do the work. I wanted my air cleaning system and I wanted a furnace before winter. I was begging these people for the privilege of giving them a couple thousand bucks.

Well, they put it in. The one-day job dragged on for four days. Fine. But then technology struck. I came face-to-face with a high-tech digital thermostat and an instruction book as thick as cookbook print the size of genomes. The guy who installed confessed he didn't know how to program the thing either but thought it would be easy if I followed the manual. Studying thermostat manuals is not my idea of fun. And I'm used to a thermostat where the options are pretty basic - off, heat, cool and one dial for setting the temperature. So now I have a thermostat I yell at and my son walks around wrapped in a blanket most mornings. Strike two.

Now let me tell you about my computer. Actually, forget it. We've all had to endure too many of these horror stories. But indulge two quick points.

I had to call my brother-in-law the computer whiz to get the stupid thing set up because I couldn't do it. And now having set it up, the machine is now irreparably poisoned by an insidious tool of Satan called adware. Or maybe it's spyware. Whatever, somehow a Trojan horse program got on my computer and puts profoundly unwanted ads on my screen. (Has anyone on the planet ever actually bought something advertised by adware? Or spam. I don't think so. These are products designed by evildoers simply to cause anarchy and agony.)

I have a pop-up blocker. I have a firewall. I have run special programs that clean adware and spyware out of computers. It has worked. I have called rent-a-geek people to help. They haven't called back. Strike three.

There is, knock on wood, one activity where I am a happy consumer: lunch.

Years ago, after being dissed by some sluggish malcontent at a chain, I vowed never to buy lunch on a workday from a stranger except in an emergency. So for years now, I've bought lunch only from Art, Frank, Tommy and, occasionally, Kosta. People think I'm nuts. I might spend a little more money than I should. But I revel in the limited choices, in supporting my pals and thumbing my wallet at the chains. And I eat well. My mother was right: don't talk to strangers.

Too much choice is no virtue. Too much consuming is a vice. There are two terrific recent books on these topics. One is "The Paradox of Choice: Why More Is Less," By Barry Schwartz. The other is "The Progress Paradox: How Life Gets Better While People Feel Worse," by Gregg Easterbrook.

Unfortunately, I've been too busy with the computer and thermostat to read them.

Dick Meyer, a veteran political and investigative producer for CBS News, is the Editoral Director of CBSNews.com, based in Washington.