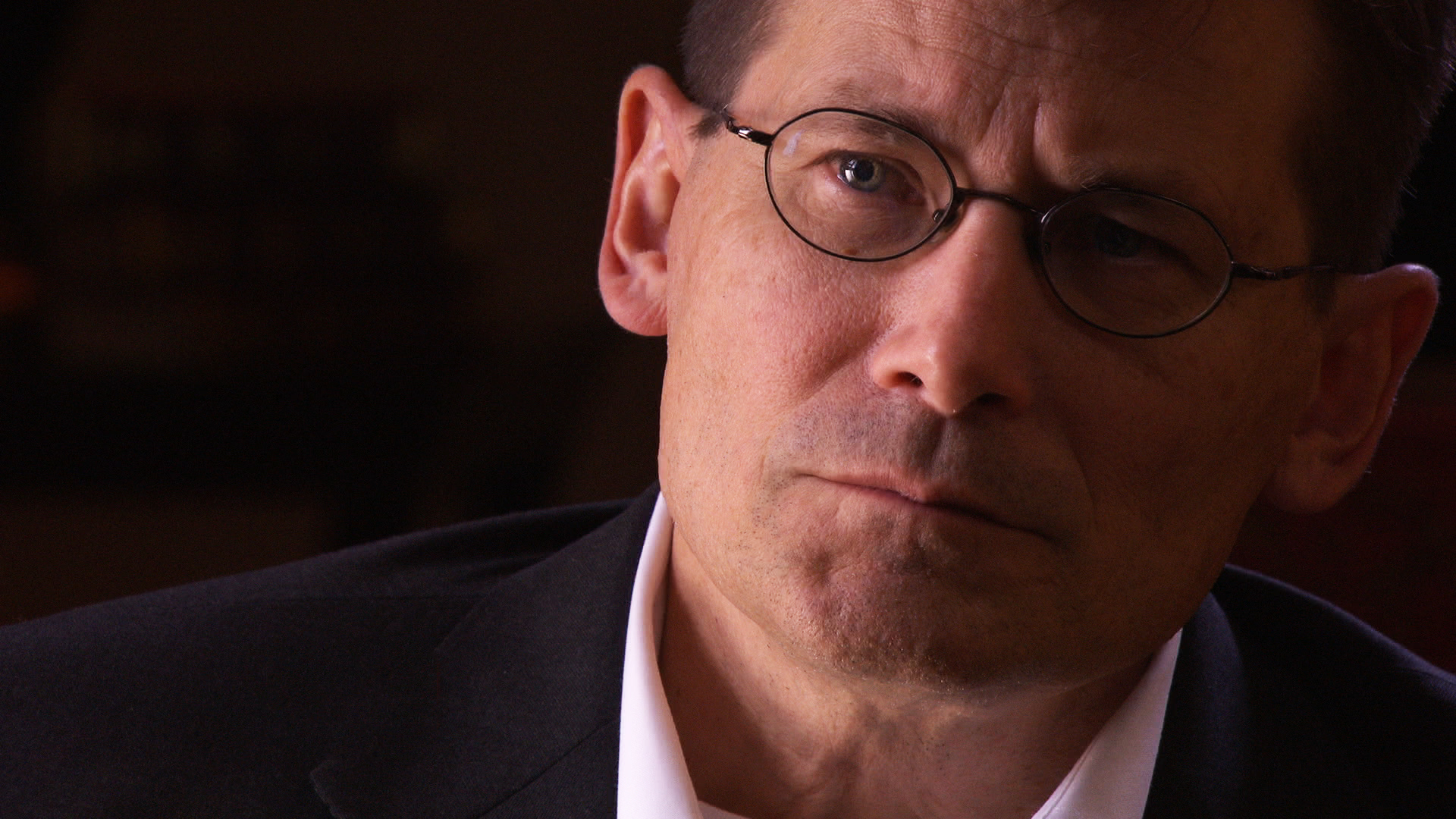 The following script is from "The Deputy Director" which aired on Oct. 27, 2013. The correspondent is John Miller. Ira Rosen and Gabrielle Schonder, producers.

There may be no period that so dramatically redefined the world of U.S. intelligence than the decade following the September 11th attacks. Through those tumultuous years, there was one man who was in the room for almost every important decision.

Mike Morell was deputy director of the CIA and gave us the only television interview he's ever done. He spoke to us, largely because he believes the very nature of the spy business keeps successes in the shadows, but often pushes failure into the bright lights. Morell operated in those shadows, but his insights have helped shape the key foreign policy decisions of the last three presidents.

The first thing we asked Morell about was the last thing he did at the CIA: taking part in the damage assessment on Edward Snowden, the NSA contractor who leaked classified documents about America's secret electronic surveillance programs.

John Miller: How serious a hit is that to national security?

John Miller: Because of the amount of it? Or the type?

Mike Morell: The amount and the type.

But of the hundreds of pages of NSA documents that Snowden has leaked, Morell pointed to one in particular that has caused a great deal of damage to U.S. intelligence. It's a copy of the top secret document the CIA calls its "Black Budget."

John Miller: What value would that have to an adversary?

John Miller: Kind of like handing over the playbook to the other team?

John Miller: He went first to Hong Kong and then to Russia. Do you think that China and Russia now have access to all or much off that material?

Mike Morell: I think we have to assume that any material that Mr. Snowden had with him has been compromised.

Protecting secrets is so engrained in the CIA culture that cell phones aren't even allowed in the building. Meetings are held in lead-lined rooms called Secure Compartmented Intelligence Facilities, or SCIFS, and if there is one room where they discuss the most closely guarded secrets of all it is the CIA director's conference room.

Mike Morell: On an average day, you know, we're making hundreds of decisions-- a good number of them in this room. And they range across the entirety of the national security issues that this country faces.

Mike Morell joined the CIA in 1980 as an energy policy analyst. A self-described nerd, he wanted adventure, and he would soon find plenty of it, as he rose through the ranks and became the key intelligence briefer for President George W. Bush. Morell traveled with the president wherever he went and was with him at a Florida elementary school on September 11th, 2001.

Mike Morell: And what I'm actually standing there thinking is, "I wonder how long we're gonna be here," because everybody knows the president was going to be at this school on this date. And, "Is somebody going to fly a plane into this place?"

Morell would travel back to Washington with the president. He was busy reviewing early intelligence the CIA had collected, when he was told to look out the window of Air Force One.

The CIA launched a plan to dismantle al Qaeda and even today, the single most controversial piece of that strategy was the use of "enhanced interrogation techniques."

John Miller: Let me read you a list of some of the techniques that were used by the CIA to get information: waterboarding, hitting, bouncing suspects off walls, confining them in small spaces, loud music, sleep deprivation, nudity, keeping suspects in physical stress positions. If these were Americans being held overseas by a foreign power, would we have called that torture?

Mike Morell: I actually, John, want to challenge you on the word torture. My officers carried out the guidance that was provided to them-- in both administrations, and obviously that was differing guidance. What's my view? My view was that those coercive techniques were the wrong thing to do. My view was that those techniques were inconsistent with American values. And-- for that reason-- I don't think they should have been done.

No top CIA official has ever said that before.

In Morell's 33 years in the CIA, perhaps the boldest change in how the agency achieved results came literally out of the blue: armed drones in the skies over Afghanistan, Pakistan, Somalia and Yemen became the go-to weapon to kill al Qaeda terrorist. But the UN and others have said they have also caused hundreds of civilian fatalities.

Mike Morell: This is a very precise weapon. Collateral damage is very low. It's not zero, I wish it was. But it is as close to zero as we have gotten with any weapons system in the history of this country. There is no doubt in my mind that without these operations, that there would have been another attack in the homeland that would have rivaled the scale of 9/11.

To pave the way for military and intelligence operations including the use of drones, the CIA has reportedly supplied between $50 and $100 million over the past decade, in direct cash payoffs to President Karzai.

John Miller: Foreign aid is one thing, but cash in suitcases and backpacks to the president and key aides has a different feel to it?

Mike Morell: It's all foreign assistance to the government of Afghanistan.

John Miller: Is there a quid pro quo here about you take care of me, and I'll allow unfettered drone operations in the country even though they're unpopular?

Mike Morell: I think that those things that President Karzai allows the United States of America to do in Afghanistan are in the interests of Afghanistan.

The CIA has paid in cash, but also in blood during the war in Afghanistan. At the agency's headquarters stars are etched into the marble marking the number of CIA officers killed throughout the Agency's history. A ledger contains a list of names, but some remain classified.

John Miller: When I look here, I see Forward Operating Base Chapman, probably if not the worst, one of the worst, days for losses in CIA history.

It happened at this base in the Khost province of Afghanistan. A team of CIA officers waited for this man, Humam al-Balawi.

Mike Morell: Somebody that we hoped to be an asset of ours in this fight had essentially double-crossed us and detonated a suicide vest. This was the first time that a CIA asset killed his case officer.

Mike Morell: I think that my biggest mistake was not in scrubbing that analysis more closely. I wish I would have done that.

After Iraq, CIA analysts were required to not just analyze the intelligence, but also give an assessment of their level of confidence in what the agency's spies were reporting.

Mike Morell: And so what we really learned from that experience was that analysts need to think about their confidence level and to be very, very clear with policy makers about it.

John Miller: That would happen today?

Mike Morell: That would happen today.

John Miller: As a matter of discipline?

And that Morell says was a key factor when the analysts were asked how sure they were Osama bin Laden would be found hiding in this compound in Abbottabad.

Mike Morell: The lead analyst put the number at 95 percent. The collective group of analysts put that number at 80 percent.

Mike Morell: When I said 60 the president asked me, "Do you think we should do this?" And I said, "Absolutely" because I thought it was the best chance we ever had and might be the best chance we would have for a long, long time.

This photo, taken in the White House Situation Room on the night of the raid, was seen everywhere, but the operation was actually being run at CIA headquarters, inside this room.

Mike Morell: Place was packed with people. Computers everywhere, video conferencing with folks in Afghanistan, the White House, folks at the Pentagon. And just an awful lot of activity when the director and I walked in.

A picture captures the moment when Mike Morell and then CIA Director Leon Panetta heard the news: bin Laden had been killed.

Mike Morell: And that's when they said, "Geronimo, for God and country, Geronimo." And the director and I gave each other a hug at that point. It wasn't a hug of happiness that bin Laden had been killed. It was a hug of, "This is over. This piece of this story is over."

Today, bin Laden's gun which was never fired on the night of the raid, as well as the scale model of bin Laden's compound are on display at CIA Headquarters, and as Mike Morell finishes a career of 33 years assessing the strength and weaknesses of nations. He believes America can manage most external threats, but as an analyst he sees our greatest vulnerability is one generated right here at home.

Mike Morell: What really keeps me up at night is the inability of our government to make decisions that will push our economy and our society forward. And one of the things I learned looking at the world is that a country's national security, any country's national security is more dependent on the strength of its economy and on the strength of its society than anything else. I think there is for some reason that I don't understand, John, there's been a change from a willingness of the two parties to work together to get things done to today, the two parties at each other's throat and simply trying to score political points. And I don't know why that's occurred. And I-- and I don't have a good understanding of how to fix that. But that's what needs to be fixed.

Americans fighting for access to sewage disposal
Thanks for reading CBS NEWS.
Create your free account or log in
for more features.
View CBS News In
CBS News App Open
Chrome Safari Continue
Be the first to know
Get browser notifications for breaking news, live events, and exclusive reporting.