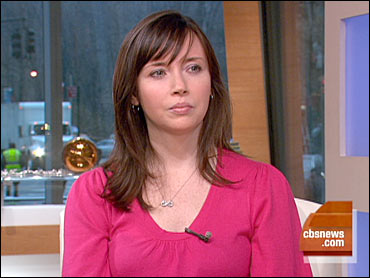 According to some studies, 75 percent of all college students have "hooked up," though that might not mean what you think it means.

Kathleen Bogle, author of Hooking Up: Sex, Dating, and Relationships on Campus, and assistant professor of sociology at La Salle University visited The Early Show to discuss the good and the bad of the rise of the "hookup culture."

"Define hooking up. What does that mean exactly?" co-anchor Julie Chen asked.

"I always thought it meant definitely having sex, you're telling me it doesn't mean that," Chen said.

"No, that's what a lot of adults think and sometimes college students themselves are confused," Bogle said "But when you actually look at the research, a lot of times it means far less than sex, sometimes just kissing."

"Why is this happening that they're not dating, just kind of maybe randomly kissing someone and not leading to any dates?" Chen asked.

"So many things happened and kind of converged at one time that you have, you have, people getting married much later, that's a big issue," Bogle said. "People used to use their high school and college years to figure out who they were going to end up with and almost do some sort of spouse shopping. Now people aren't getting married until later and later so it makes high school and college this time where relationships can be really, really casual."

"But then what happens after college?" Chen asked. "I mean, if they are used to not dating and just participating in this hook up culture, what does it lead to?"