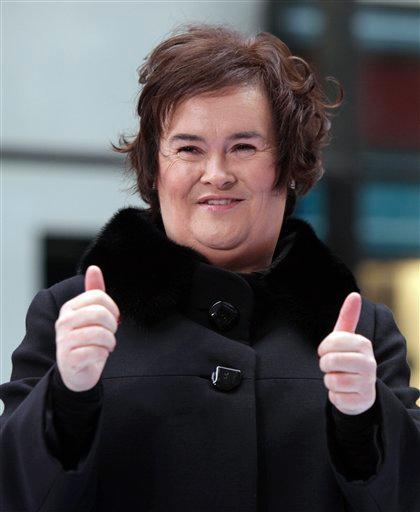 Next Sunday in Rome, Pope John Paul II will beatify Mother Teresa of Calcutta, who aside from the pope, was probably the most revered Catholic in the world at the time of her death.

The beatification ceremony will mark the midway point on her journey toward sainthood. And the pope is doing this at record pace, only six years after her death.

It usually takes decades or even centuries. But this is just one example of what a Vatican observer called the pope's "extraordinary saint-making proclivity."

Since the 16th Century, when the modern saint-making process began, there have been approximately 300 saints declared.

But Pope John Paul II has declared more saints in the 25 years of his papacy than all 264 popes before him combined, creating a debate in the Roman Catholic Church over sainthood.

"That is a remarkable statistical reality of John Paul's pontificate," says author John Allen, a Vatican correspondent for the National Catholic Reporter.

Why has he done this?

"This was put to him by journalists in the papal plane. And the pope's response was, 'Sometimes it is necessary to do something that is too much.' And I think that characterizes a number of aspects of his papacy," says Allen. "Not just the saints, but the travels and the media appearances and the documents and the pronouncements. I mean this is, if you like, 'The pope of too much.'"

Some critics maintain that the Vatican has become a "saint factory." And if that's the case, then Monsignor Robert Sarno is one of the shop stewards. He's from Brooklyn, but he's spent the past 22 years in Rome, working in the Vatican's saint-making division -- the Congregation for the Causes of Saints.

Why has the pope created so many saints?

"He's communicating to us a very real experience that saints are everywhere. They're in all walks of life," says Monsignor Sarno.

Does this mean it's easier now to become a saint? "No, the currency is being revalued, and re-evaluated. And made much more alive and real for people today," says Sarno.

While the church considers every one who has died and gone to heaven to be a saint, the only way to be canonized is by the pope, who needs to have proof that you're in heaven – which is what the canonization process is all about.

And so those saints keep marching in. Why? One reason: the process was streamlined in 1983, and has, in fact, been changing for thousands of years.

The first saints were declared holy by popular acclaim, but the popes started taking control in the Middle Ages. By the 16th century, canonization had become a judicial process complete with evidence and cross-examination.

One requirement for sainthood is that the candidate must have performed a miracle. Recent examples include a child whose stunted legs suddenly became normal; an American with a wrist burned to the bone whose flesh grew back in a day; and in the case of Mother Teresa, an Indian woman with a huge stomach tumor that disappeared overnight.

When news of what appeared to be this woman's miraculous recovery reached Rome's Vatican, doctors were dispatched to India to investigate. The Pope then made the canonization of his friend Mother Teresa a priority, and there weren't many in the church that disagreed.

"Saints are models in the sense that they're people that you'd say, 'No, that's what we all should be about,'" says Father Richard McBrien, a theologian at Notre Dame University who recently wrote the book "The Lives of the Saints."

"We all can't be that heroic in our manner of dealing with the poor and the destitute and the marginalized and the oppressed. But she did, and you know, that's sort of a standard we all ought to aspire to."

But in every case a miracle has to be found. And the miracle also has to defy medical science, which the Vatican proves by using medical science. So the Congregation for the Causes of Saints receives a steady flow of X-rays and CAT scans.

The conclusions are bound into tomes, which are kept in the Congregation's private archive. These books are filled with lives of saints, and miracles. And Sarno says each entire volume contains one miracle.

Miracles, and not just cures, were the stock and trade of the Italian mystic Padre Pio, who died in 1968 and was canonized last year. Those who believe in him say he could appear in more than one place at one time, and that he bore the stigmata -- the actual wounds of Christ. Word of his wonders has traveled the globe.

But behind every bevy of true believers, there is bound to be a skeptic. Father McBrien says he'd like to do away with the miracle requirement for sainthood, and thinks making Padre Pio a saint was just one mistake made by this pope.

"I would not have canonized him either," says McBrian, who doesn't believe that he should be a saint. "That makes religion into a kind of act, a show. A kind of theatrical operation. I mean Jesus' message was pretty straightforward and universal. You know, love your neighbor as you love yourself."

So how does he explain Padre Pio's stigmata?

"Oh, I don't know. What kind of a model is that? If a Catholic or anyone else today, you know, woke up in the morning and looked down at their hands and saw them bleeding with wounds that they don't know how they got, what do you think the first instinct of a healthy person would be? 'Oh, thank God, this is a sign of holiness. I'm gonna be a saint,'" says McBrian. "I think the first instinct of a healthy, authentically religious person would be to call their wife or nudge their wife or husband or get on the phone and say, 'You gotta get me to the emergency room.'"

But that's not what Padre Pio did, and, to this day, millions of pilgrims flock to his shrine in Italy. And they spend a lot of money do so, which helps support the Capuchin monks who invested heavily in getting him canonized to begin with.

"It is not cheap. It, it is a significant investment of time and resources. You know that there is a process of collecting information," says Allen. "All of that has to be done according to certain standards of sort of scientific rigor. Then there's a panel of judges to consider this evidence that has to be assembled. That costs money. They have to be flown to wherever they're gonna meet. You know, that's not cheap."

In fact, Allen says it takes about a million dollars to become a saint these days. Much of that money goes toward those big ceremonies in Rome -- like one in the year 2000 celebrating the beatification of Pope Pius IX. He reigned in the 1800's and was more than just a religious leader. He governed territory, had his own police force, and his beatification was probably the most controversial of John Paul II's pontificate.

Pope Pius IX became internationally infamous when, under his rule, a Jewish boy named Edgardo Mortara was taken from his family after it was learned he had been secretly baptized by a Catholic maid.

Pius wouldn't let Edgardo see his family until he was a grown man and a priest. It was big news at the time, but it was long forgotten, until three years ago when the pope had Pope Pius IX beatified.

Elena Mortara, a Jewish Italian woman, is the great grandniece of the boy who was taken. She campaigned against the beatification of Pope Pius IX.

"He is the pope who kidnapped a member of my family. How could this man become, I mean, a symbol, a model," asks Mortara.

What does she say to those who see this as a sign that the church still doesn't get it? "While I don't agree with that, I say to any group, 'Help us. Tell us when we're right, when we're wrong. If you think so, let us know,'" says Mortara.

There isn't as much room for dissenting opinions as there once was. The 1983 streamlining of canonization eliminated the traditional position of Devil's Advocate, whose job was to make the case against a given candidate. Nevertheless, the people who were handling Mother Teresa's cause wanted to be as thorough as possible, and decided to call as a witness her harshest critic.

"Somebody in the world had to represent the Devil pro-bono. And I was perfectly happy for that to be me," says author Christopher Hitchens, who recalls being thunderstruck when he was called to testify in Mother Teresa's case.

Hitchens, who specializes in the slaughter of sacred cows, wrote a book that took the 20th Century icon to task for perpetuating poverty with her militant opposition to family planning, and preaching that poverty was a blessing.

"I met her. My impression was that she was a woman of profound faith, at least in the sense that one can say of anyone, who is a completely narrow-focused single-minded fanatic, that they are a person of faith," says Hitchens.

Did he meet her before or after he made up his mind about her?

"It was by talking to her that I discovered, and she assured me, that she wasn't working to alleviate poverty," says Hitchens. "She was working to expand the number of Catholics. She said, 'I'm not a social worker. I don't do it for this reason. I do it for Christ. I do it for the church.'"

And the church listened to Christopher Hitchens, but decided that his argument was irrelevant.

Like the Pope, Cardinal Pio Laghi was also a friend of Mother Teresa.

"Mother Teresa was just a mystic, a contemplative. And she wanted to bring people closer to God and to Jesus Christ," says Cardinal Laghi. "The most important miracle of Mother Teresa was her life, I would say. It wasn't necessary to have a miracle to prove that she's a saint. That's, that's all."