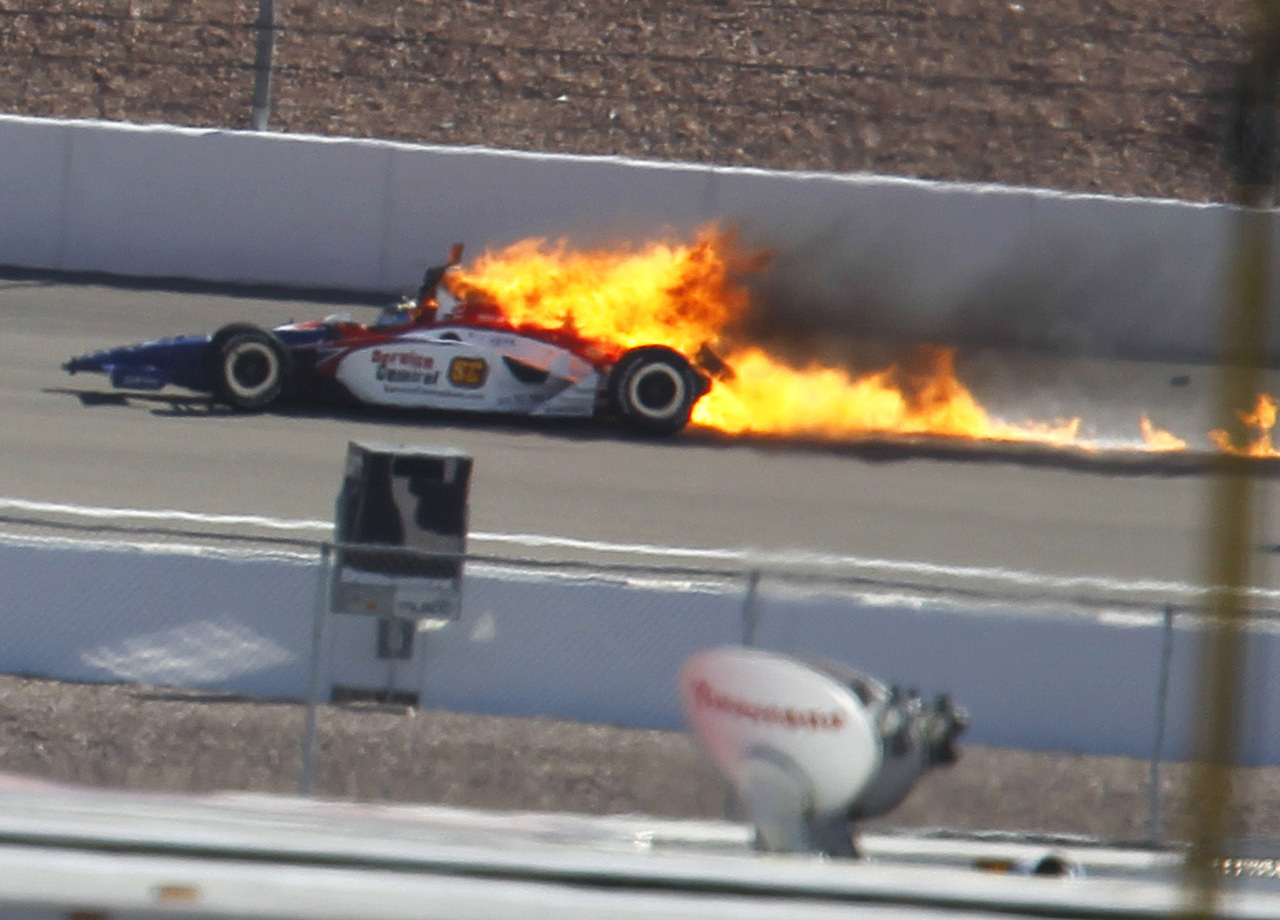 The death of seven-time NASCAR champion Dale Earnhardt led to sweeping safety improvements in NASCAR, which has not suffered a fatality since. Now, 10 years after Earnhardt's death shook all motorsports series to its core, IndyCar has been devastated by the loss of Dan Wheldon.

The 33-year-old Wheldon, one of the most well-liked drivers in the paddock, died Sunday after his car became ensnarled in a fiery 15-car pileup, flew over another vehicle and landed in a catch fence just outside turn 2 at Las Vegas Motor Speedway.

It was IndyCar's first fatal accident since Paul Dana died during a morning warmup at Homestead in 2006. Formula One's last fatality was Ayrton Senna in 1994.

Wheldon's death was a stunning loss at a time when improved cars, better safety equipment and energy-absorbing walls had created a sense that, while racing was still dangerous, it was not nearly as deadly.

On Saturday night, five-time defending NASCAR champion Jimmie Johnson was in a vicious head-on collision at Charlotte Motor Speedway, where his rear wheels lifted off the ground. He walked away from the accident, praised his safety equipment and complained only of soreness on Sunday, the day after the accident.

At Las Vegas, Wheldon started last in the 34-car field, the largest field of the season. The Indianapolis 500 was a 33-car field, there were 29 entries two weeks ago at Kentucky, and only 26 at Japan a month ago.

A crowded field, with cars racing two- and three-wide on a fast oval, leaves no room for error. Many drivers jockeyed early for position. Wheldon, who started at the back of the field, was unable to avoid the crashing vehicles that littered the track in front of him.

After the accident, veterans openly wondered why so many drivers were so impatient so early in the race.

"One mistake can take 15 people out, and that's what happened there," IndyCar driver Tony Kanaan said. "I've never seen such a mess in my entire career."

Asked if the drivers need to meet to discuss safety concerns and prepare a message for series leadership, Kanaan said patience needed to be preached to the younger drivers.

"We have to take care of each other. We are playing with lives here," Kanaan said. "We need to give each other room. As a senior member, I am going to get Dario (Franchitti) and the guys together, and we need to tell the guys to use their heads."