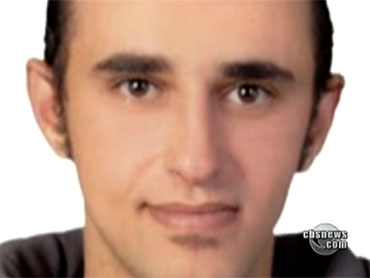 ALEXANDRIA, Egypt - Khaled Said's body was barely recognizable. The 28-year-old was beaten to death last June by two policemen on a public street.

"All of us are Khaled Said, because all of us might face the same destiny at any point in time," said one man, who would only speak to CBS News if his identity was hidden. He is one of the key organizers of the protests that have rocked Egypt.

The man said Khaled's death was definitely a catalyst for the people's revolution.

The disturbing image of Khaled's broken face was posted on Facebook. The image quickly sparked a cyber campaign that spread outrage amongst Egypt's youth.

They took that message from internet chat rooms to the streets of Cairo, just days after his death, and then to Khaled's home town of Alexandria.

The abuse seen in internet videos is just a glimpse of what Egyptians say they've lived with for decades.

"Khaled was lucky, let's be honest," said a man. "Because many people were killed or tortured but no one knows about them."

And nobody knows their names.

"Their names, the details, what happened after their death, no one knows," the man said.

Khaled Said's story -- and the revolution it inspired -- is now a permanent part of Egyptian history.

IRS tells taxpayers in some states to delay filing