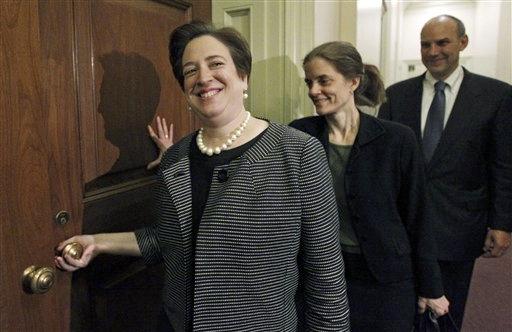 Not to put too fine a point on it, but tonight's debate has the potential to determine the next president of the United States.

"I can't remember another debate as important," says James Thurber, director of the Center for Congressional and Presidential Studies at American University.

"I really can't," he adds in emphasis. "The first televised debates people remember are the Nixon-Kennedy debates and it didn't influence the outcome of the election. Most don't. This one will. So it's historic."

National polls put the presidential race at a dead heat.

The battleground states with most electoral votes – Florida, Pennsylvania and Ohio – could go for either candidate. With less than three weeks until Election Day, Wednesday night's 90 minutes are pivotal.

Senator Kerry needs to best Mr. Bush in the eyes of Americans, as polls show he did in the first two debates, if ever so slightly. The Democratic nominee must offer a vision and not just a critique. He must be clear spoken. And primarily, Kerry must look more presidential than the president.

President Bush needs to avoid big mistakes and be satisfied with a close game. He must explain his policies on the domestic issues that polls show trouble his campaign. While looking the cool incumbent in charge, he will try to put Kerry back on the defensive and his main weapon is likely to be the word "liberal."

Who will be watching? Friday's second presidential debate in St. Louis drew about 25 percent less than the massive audience of 62.5 million who watched the first debate in Miami on Sept. 30, according to the Nielsen Media Research.

An estimated 43,730,000 viewers, nearly 30 percent of the television market, watched that second debate. In comparison, Major League Baseball drew under 4 million that night, according to MLB.com.

Tonight's second playoff game between the New York Yankees and Boston Red Sox should grab a similar audience. Again, it will likely be dwarfed by debate viewership. Americans believe this election matters.

"It's the candidates' last big opportunity to make their case," Emory University's Merle Black says, "and with the polls showing the election so close it's a high risk and high opportunity."

Short of Election Day, politics doesn't get more exciting. And the pressure on the presidential hopefuls is pervasive. A possible sign of that pressure: there actually appears to be less official campaign pre-spin than in the earlier face-offs.

It could get nasty and style will be again under the microscope as well as substance. These two opponents certainly seem not care for one another. Tactical challenges and paradoxes abound.

If they are too divisive or abrasive, both campaigns are aware it could turn off undecided voters. But if either candidate is too diplomatic, they could fail to fire up their mutual political bases. Too much talk about plans, facts, and figures can appear to be droning; tool little, superficial.

Both Mr. Bush and Kerry know that this is the last opportunity to score a Hail Mary before Election Day. After tonight, it's all ground game. Getting out the vote will become the focus. But before, each must hold his opponent at bay.

"Some people will be looking to see whether President Bush can have a strong performance and Kerry still needs to come off presidential," says political scientist Black. "Kerry has to say more than 'I have a plan.' To pass the test of looking presidential he has say these are three things I am going to do that are consistent with the promises I've made."

The agenda tonight is domestic, but Iraq will undoubtedly come up. Kerry will argue that the more than $100 billion spent on the war could have been better spent domestically.

Mr. Bush will utilize the war in Iraq to emphasize that the larger threat is posed by terrorism. He will likely say this, combined with the Sept. 11 attacks, presented him with a bad economy and American is now "turning the corner."

And like Iraq, where Mr. Bush and Kerry portray two vastly different realities on the ground, the two will give competing portrayals of America's economy.

While the president will speak to the 1.9 million new jobs this past year, Kerry will point to the 585,000 total jobs that have been lost in total since Mr. Bush took office.

Kerry will emphasize that Mr. Bush will be the first president to preside over a job loss in 72 years. But President Bush will reply that unemployment remains at the historically low marker of 5.4 percent.

Tonight's forum provides the best opportunity yet to see the real differences in each candidate's proposed domestic agendas for the next four years.

President Bush wants to make his tax cuts permanent. He wants to start private social security savings accounts to insure younger Americans have some coffer for retirement. But the president will have to explain how the military and his modest health care proposal will be funded, if he takes billions from the government's savings.

Kerry proposes a tax cut for Americans making less than $200,000. But for those making more, he proposes returning them to the pre-Bush higher tax bracket. Meaning: a tax hike for the well off.

Speaking to the 45 million Americans without health insurance – no doubt Kerry will point to the four million more since Mr. Bush assumed office – the Massachusetts senator will emphasize his proposal for expanded health insurance.

But Kerry will have to explain how he intends to fund a program of such magnitude and defend against Bush's charges that his plan is a "government takeover" of health care.

One factor that both campaigns are considering is that of the 6 to 20 percent of the electorate that is "persuadable" or very weakly committed, polls show more are women. Though a domestic debate is thought to favor Democrats, Mr. Bush still has the advantage of having spent four year in voters' living rooms.

But the so-called S.H.E. issues – social security, health care and education – will likely be trumped tonight by the discussion of the W.E. issues – war and economy.

The CBS News poll released Tuesday gives President Bush a 48-45 percent lead over Kerry among likely voters, a statistical dead heat due to being within the polls margin of error. The new Zogby poll also shows the candidates tied, with 45 percent each. For this reason, any gaffe by a candidate is significant.

Heading into the first two debates the pressure was on Kerry. He had to prove presidential. Having nearly reached that bar in the eyes of Americans, President Bush must now knock the Democrat down a notch.

Kerry's two previous performances dashed what by some polling was a double-digit lead for the president.

This is not the first time challengers have seized the opportunities debates provide. Ronald Reagan was trailing Jimmy Carter in 1980 heading into their match up. Largely seen to have won the debates, Reagan went on to win the election.

As recently as four years ago, the underestimated Mr. Bush bested Vice President Al Gore during a tight race.

The President is again in the pressure tank and faces an opponent who has proved tough in their first two rounds.