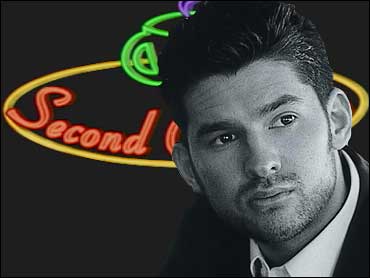 Toronto-born Dusk is on a career fast track. The 25-year-old singer-songwriter is generating a lot of buzz with his Rat Pack-like vocals and for his breakout role as the Golden Nugget's resident crooner on Fox's new realty show, "The Casino."

He always has been a serious student of music, having honed his musical talents from an early age, singing a wide array of classical and choral music and opera. But when he discovered jazz, there was no looking back.

"Two Shots," his debut album, was recorded in Miami, Toronto and Abbey Road Studios in London, with a 42-piece string section from the Royal Philharmonic Orchestra. The album was released last month.

Although most of the album is made up of original compositions, the title track was written by U2's Bono in honor of Frank Sinatra.

About choosing a venerable genre like jazz, Dusk says on his Web site, "This music is forever gold..."

Dusk won the prestigious Rising Star competition in Canada in 1998, studied for an MFA in music at Toronto's York University and was awarded the university's Oscar Peterson Scholarship.