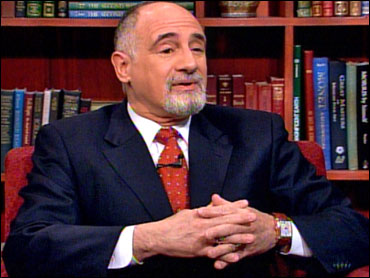 People who like to stay up late but then have to get up at a normal time in the morning may have it worse than others when sleep-deprived.

A new study in the Journal of Clinical Sleep Medicine suggests that people who like to stay up late at night, but still need to wake up with the rest of the world, may have more problems during the day than other people who lack sleep, even when the amount of missed sleep is comparable.

The study, which was released by the American Academy of Sleep Medicine, indicates night owls tend to be more depressed and less able to function than self-described morning people.

On The Early Show Monday, Dr. Philip Muskin, psychiatrist and sleep specialist at New York Presbyterian Hospital/Columbia University Medical Center, discussed the findings, potential reasons for them, and possible new approaches for people who need to get to sleep earlier in order to function well, especially if jobs, school and other obligations force them to wake up in the morning earlier than they'd like.

Night owls have an obvious problem. They might want to sleep late in the morning, but society demands that they get up with the rest of the world. So, they tend to be crankier during the day, and more tired, and perform in their jobs more poorly. They exhibit more depression too, though it's impossible to know, at least for now, whether poor sleep increases depression or the other way around.

To see The Early Show segment,

For facts on sleep from the National Sleep Foundation, click here.