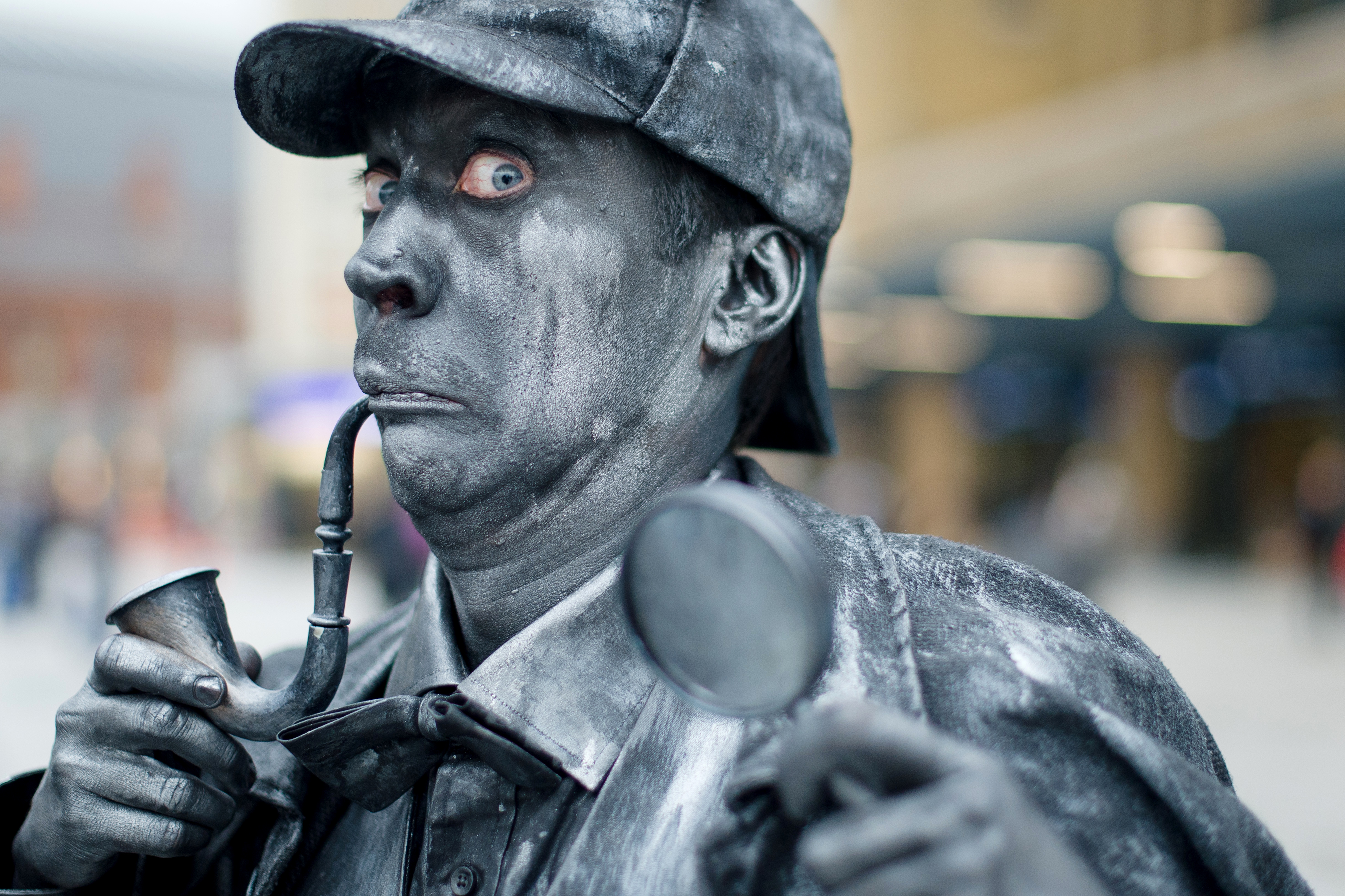 CHICAGO - It's the kind of puzzle that might have amused Sherlock Holmes himself.

Now that copyright protections have expired on nearly all of Sir Arthur Conan Doyle's tales about the pipe-puffing detective in the deerstalker hat, are writers free to depict the character in new mysteries without seeking permission or paying license fees?

A federal judge in Chicago says yes, so long as they don't stray into territory covered in the 10 stories still protected by copyright. Not so fast, says the Doyle estate, which is considering an appeal this month.
Descendants of the Scottish physician and author argue he continued to develop the characters of Holmes and Dr. Watson in the later works so they should remain off-limits until the remaining copyrights run out at the end of 2022.

"It's a bogus argument. It means you can reprint Conan Doyle's own stories freely but you can't make up a new story? It doesn't make logical sense," said author Leslie Klinger, who brought the case against the Conan Doyle Estate Ltd. to settle the matter.

With last week's ruling in hand, Klinger plans to finish work on "In the Company of Sherlock Holmes," a book of original short stories featuring characters and other elements from Conan Doyle's work. He is co-editing the book with plans to publish this fall.

If appeals judges hold it up, the ruling could lift the threat of legal action for the untold scores of writers out there churning out pastiches and fan fiction without permission. Most of them fly under the radar. In Klinger's case, the estate demanded $5,000, he said.

"Whatever decision they make will essentially determine the fate of many characters, not just Sherlock Holmes and Dr. Watson, but very intricate characters such as James Bond. ... What happens as copyrights expire on Ian Fleming's original stories?" said Doyle estate attorney William Zieske.

The ruling could also weaken the value of the Sherlock franchise to the point that major publishers and movie producers could also decide to move ahead with projects without licensing deals, said Paul Supnik, a Beverly Hills, California, attorney specializing in copyright and entertainment law who was not connected with the case.

"At the very least it's going to affect the bargaining power as to what the estate can do in trying to sell it to the studio," Supnik said.

At the heart of the dispute is whether a character can be copyright protected over an entire series of works. The Doyle estate argues that a basic element of copyright law allows for that if the character is highly delineated, as opposed to a two-dimensional cartoon-like character who doesn't change much over time.

In ruling against the estate, Judge Ruben Castillo called that a "novel legal argument" that was "counter to the goals of the Copyright Act." The lawsuit was filed in Chicago because a literary agent for the Doyle estate is based in Illinois.

There's no question that Holmes and Watson are highly complex characters. Conan Doyle produced a total of four Sherlock Holmes novels and 56 stories between 1887 and 1927.

Klinger argues that everything you really need to know about Holmes and Watson is in the novels and stories published before 1923 that are in the public domain in the U.S. That includes their family backgrounds, education and a slew of character traits: Holmes' Bohemian nature and cocaine use, erratic eating habits, his Baker Street lodgings, his methods of reasoning, his clever use of disguise, his skill in chemistry and even his weapon of choice, a loaded hunting crop.

"Everything that the lay person would think of as being a characteristic of Holmes or Watson is in those pre-1923 stories," said Klinger, who is also an attorney and lives in Malibu, California. "In fact, some would say you could pick up almost everything you need from the very first story."

The other 10 stories have new biographical footnotes, including a mention that Watson had a second wife and played rugby in his youth.

But the Doyle estate says there are other significant elements in those later stories, such as Holmes' "mellowing" personality and the shift in Holmes' and Watson's relationship from flatmates and collaborators to closest friends.

Thus, to depict Holmes and Watson based only on parts of the canon that pre-date 1923 would be something of an artistic crime and ignore the extent to which the characters continued to evolve, said Doyle attorney Zieske.

"That's the essence of literature, how people change through different experiences," Zieske said. "And to reduce true literary characters to a cardboard cutout, parts of which can be carved off, I think does literature a great disservice."