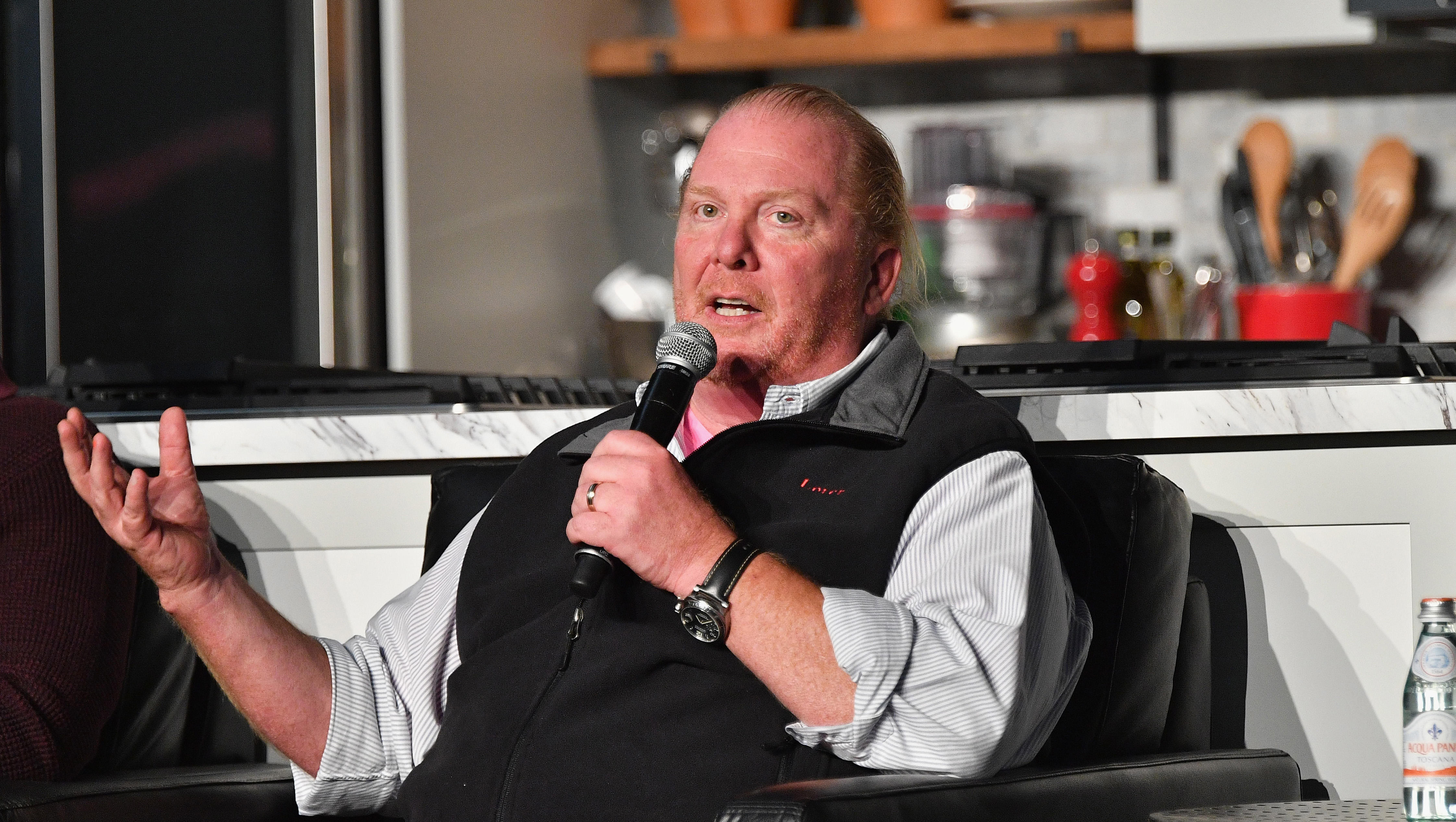 Celebrity chef Mario Batali was abruptly removed from his role as co-host of "The Chew" on Monday amid sexual harassment allegations that span over a period of at least 20 years. An ABC spokesperson said the company has asked Batali to step away from the show while the allegations are investigated.

The website Eater New York reports four women have accused Batali of inappropriate behavior while working for him or encountering him at industry events. The women describe numerous incidents of Batali grabbing their behinds, pressing is body up against them or groping their chests.

"We have asked Mario Batali to step away from 'The Chew' while we review the allegations that have just recently come to our attention," the ABC spokesperson said in a statement. "ABC takes matters like this very seriously as we are committed to a safe work environment. While we are unaware of any type of inappropriate behavior involving him and anyone affiliated with the show, we will swiftly address any alleged violations of our standards of conduct."

A spokesperson for Batali & Bastianich Hospitality Group says an employee reported inappropriate behavior by Batali in October. The company told Eater it was the first formal complaint against Batali and that he was reprimanded and required to attend training.

The restaurateur released a statement in response to the allegations, which reads in part: "I apologize to the people I have mistreated and hurt. Although the identities of most of the individuals mentioned in these stories have not been revealed to me, much of the behavior described does, in fact, match up with ways I have acted."

"The behavior was wrong and there are no excuses," Batali continued. "I take full responsibility and am deeply sorry for any pain, humiliation or discomfort I have caused."

Batali remains a co-owner of his restaurant management company but says he will step away from it for a period of time as he works to regain the "respect and trust" of his business partners, employees and fans.