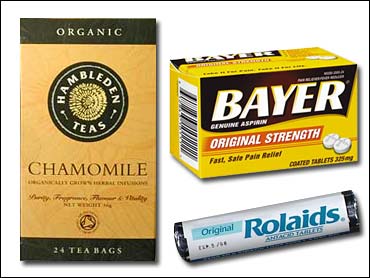 Things you need in your medical cabinet: aspirin, Band-Aids, antacids, and ... chamomile tea?

For thousands of years, the herbal tea has been heralded as a natural cure for many conditions. The fragrant tea has been used as a sedative to calm nerves and has been touted to have anti-inflammatory properties.

Now new research adds credence to the theory that this herbal tea has medicinal benefits. A study published in the Jan. 26 issue of the Journal of Agricultural and Food Chemistry has found that chamomile tea contains compounds that may help fight infections due to colds and relieve menstrual cramps.

"This is one of a growing number of studies that provide evidence that commonly used natural products really do contain chemicals that may be of medicinal value," study author Elaine Holmes, PhD, a chemist with the Imperial College of London, says in a news release.

Glycine is a chemical that relieves muscle spasms and can act as a nerve relaxant. Holmes and colleagues say higher glycine levels may relax the uterus, explaining why the tea appears to relieve menstrual cramps.

Hippurate and glycine levels remained elevated for up to two weeks after the volunteers stopped drinking the tea, suggesting that drinking chamomile tea leads to prolonged medicinal effects.