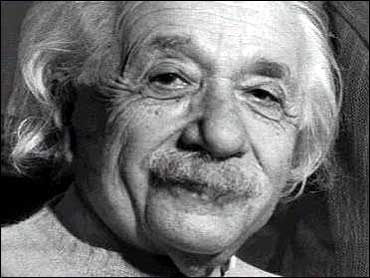 As the new millennium approaches, CBS News is taking a closer look at the 100 people selected by Time as the most influential of the 20th century.

On Monday, CBS News 60 Minutes Correspondent Morley Safer introduces the "Great Minds and Great Discoveries" - some of the greatest inventive minds of the past 100 years in the world of science.

If you had to single out one person who first dreamed the dream of what computers could do, that would be British mathematician Alan Turing.

The history of computing is based on Turing's idea that software is the key - built not just to do one job, but many. depending on how you program them. Today, we use software to tour the Internet.

Tim Berners-Lee is the man who literally invented the World Wide Web. The result was an online explosion of web traffic, commerce, information, pornography, and communication.

Philo Farnsworth has a story as improbable as his name. The television sets of today are essentially the same machines Farnsworth dreamed up before he even began shaving.

Albert Einstein's discoveries about life, matter and energy revolutionized science. The speed of light, the scientist proved, is absolute. But time and space, we learned from Einstein, are not.

At the University of Chicago in 1942, Ferme made history with the first man-made nuclear chain reaction - the first essential step on the road to the bomb.

The Wright brothers - Wilbur and Orville - conquered the air in 1903 with the first airplane. The world's been shrinking ever since. Just think of where they've taken us with the invention of the airplane.

It was back in 1953 that James Watson, an American, and Francis Correct, an Englishman, discovered the structure of DNA - the molecules that carry our blueprints. DNA is universal in all forms of life.

We already know how to manipulate DNA, but no topic raises thornier issues than cloning life from genetic code. Many researchers think that cloning people is not far off, allowing human beings to be, in a sense, reborn.

To express your views on the people of the century, visit and vote online at The Early Show.

Heroes & Icons Of The Century