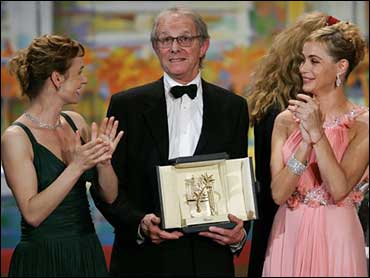 "Ever since those cartoons in Denmark, the rules have changed. Nobody shows an image of Muhammad anymore." When a character on the animated TV show South Park made that avowal a few weeks ago, he could easily have been speaking for media outlets across Europe and North America. This past winter's Cartoon Jihad occasioned far fewer robust defenses of press freedom than it did craven surrenders to the threats of radicals. Now, even South Park, Comedy Central's irreverent powerhouse, has felt the backlash.

Sometime in March, South Park creators Matt Stone and Trey Parker approached network executives with their idea for an episode satirizing the Danish cartoon spat. Could they depict the Muslim prophet Muhammad on screen? No way, came the immediate reply. True, Comedy Central had allowed South Park to broadcast a Muhammad character five years earlier, in the episode "Super Best Friends." But that episode debuted on July 4, 2001 — just before the 9/11 terrorist attacks. "A lot changed two months later," one source close to the show told me, explaining the network's decision. "It's a vastly different world that we live in right now." Yes: a world where terrorists apparently have veto power over American television.

Stone and Parker did not take Comedy Central's censorship lightly. They made the two "Cartoon Wars" episodes an acerbic rebuke to the network. At the moment Muhammad is poised to appear, the screen goes black, and a brief message announces that Comedy Central "has refused to broadcast" the prophet's image. When the censored episodes aired — on April 5 and April 12 — the blogosphere erupted with scathing indictments of the network's pusillanimity. Many conservatives also found a new reason to appreciate Stone and Parker's talents. "I'm not a fan of South Park," wrote Michelle Malkin after the April 5 show. "But the e-mails I've been getting all day from South Park viewers about last night's episode just might change my mind."

Part I of "Cartoon Wars" begins with Y2K-style pandemonium breaking loose, as South Park natives loot stores and hoard toilet paper before crowding into a community center. It turns out the Fox cartoon Family Guy is set to air an image of Muhammad, sparking riots across the Muslim world and leading a terrorist named al-Zawahri to vow swift retaliation. But at the last minute, Fox censors the Muhammad image, thus averting a showdown.

The four main South Park kids — Kyle, Stan, Kenny, and Cartman — trek to Kyle's house to watch the episode on TiVo. When Kyle's liberal parents catch them, his father smashes the TV with a baseball bat while his mother lectures them about "Muslim sensitivity training." Then the boys get word that Family Guy will be broadcasting another episode with Muhammad — this time, uncensored. Terrorist kingpin Zawahri warns against it, promising a "massive" response.

At a town meeting, South Parkers hear from a university professor. "Our only hope," he says, "is to make the Muslim extremists know that we had no part in the Muhammad episode: that even though the episode aired, we didn't watch it, we didn't hear it, and we didn't talk about it." How do they do that? Simple. "We bury our heads in sand." By enlisting some two dozen dump trucks, the professor explains, they can stockpile enough sand for the whole town. "We can avoid looking like we're responsible for any part of this at all."

The heads-in-the-sand fad soon sweeps the nation. Meanwhile, Kyle and Cartman are racing for Hollywood. Cartman wants the Family Guy episode canned, in hopes that it will bring down the whole show. Kyle wants it to air and strike a blow for free speech. The White House press corps wants to know why President Bush hasn't thrown the Family Guy writing staff in prison. ("Forgive me, Mr. President," one reporter smirks, "but this 'First Amendment' sounds like a lot of bureaucratic gibberygoo.")

Kyle and Cartman both wind up in the Fox president's office just seconds before the episode is due to air. Brandishing a gun, Cartman demands it be cancelled. The Fox boss starts to comply.

"You can't do what he wants just because he's the one threatening you with violence," squeals an exasperated Kyle.

"I can't be responsible for people getting hurt, especially me," grovels the Fox prez.

"Yes, people can get hurt," Kyle admits. "That's how terrorism works. But if you give in to that . . . you're allowing terrorism to work. Do the right thing here."

"If you don't show Muhammad," Kyle adds, "then you've made a distinction between what is okay to poke fun at, and what isn't. Either it's all okay, or none of it is."

Finally, the Fox prez agrees to broadcast the episode uncensored. Before Family Guy's Muhammad comes on screen carrying a football helmet, a black slate flashes with word of Comedy Central's prohibition. Then, when the show returns, we see the terrorists' retaliation: a short production by Zawahri, Osama bin Laden, and "al Qaeda Films." The movie shows Americans defecating on each other, and Jesus defecating on George W. Bush and the American flag.

The Catholic League's William Donohue, a perennial South Park scourge, blasted Stone and Parker as "little whores" for the Jesus gag. "They'll sit there and they'll whine and they'll take their shot at Jesus," he told the AP. Donohue missed the point entirely: It wasn't Jesus being mocked; it was Comedy Central. By highlighting the network's double standard — okay to offend Christians, not okay to offend Muslims — South Park, which has averaged nearly 3.5 million viewers per episode this season, affirmed that free expression may at times lead to hurt feelings. But that's no reason to capitulate, especially not when political correctness becomes physical intimidation.

On April 13, Comedy Central issued a statement defending its censorship. "In light of recent world events, we feel we made the right decision." The Cartoon Jihad may be over. But when even South Park is stifled by "recent world events," it becomes clearer than ever who won.