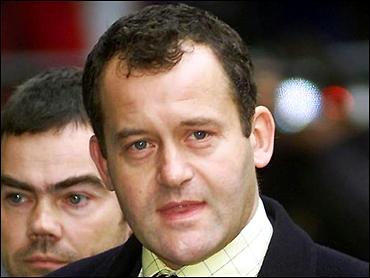 It is the story of the century so far. A story of greed, class, snobbery and power -- pure Perry Mason. It is the "Case of the Victorious Valet."

But it isn't fiction, it's fact.

Paul Burrell was Princess Diana's Butler -- the man she called "her rock". As a result, he knew all the secrets of her life. Earlier this year, he was charged with the theft of hundreds of her intimate belongings. But in the last week, as the case came to court, the dark secrets of the House of Windsor started tumbling out. How Princess Diana would step out to meet her lovers wearing nothing but her jewelry and a fur coat. How one of her lovers would be smuggled into Buckingham Palace in the trunk of the butler's car. How Diana refused to speak to her mother for the last four months of her life. How her brother refused to offer her sanctuary on his vast estate, just when she needed to escape from the world's attention. How, after her death, he joined in the rather distasteful grabbing of her possessions for his tacky little Diana museum at Althrop Castle, where she is buried. And how Prince Charles, when asked for a urine sample by a doctor, ordered a valet to hold the jar while the Royal Specimen was donated. So none of us could wait for the accused, Paul Burrell, to take the stand.

But we were to be disappointed. At the eleventh hour, the trial was suddenly and sensationally stopped, and the judge announced that the Butler was an innocent man. It turned out that The Queen, coincidentally just before her family's dirty linen was about to be washed in public, had just remembered that Paul Burrell had told her that he was looking after some of Princess Diana's effects.

So, as the Monarch had known about it all the time, then how could the butler be accused of theft? The case simply collapsed. Meanwhile, the British taxpayer had to bankroll this trial and the huge investigation that preceded it, to the tune of three million dollars. The case has exposed the grim nature of class snobbery in this country.

This was all about some very powerful people here deciding that a mere Butler had got above his status and had to be dealt with. After a hugely successful Jubilee year, it seems that the British Royal family has forgotten everything and learned nothing.