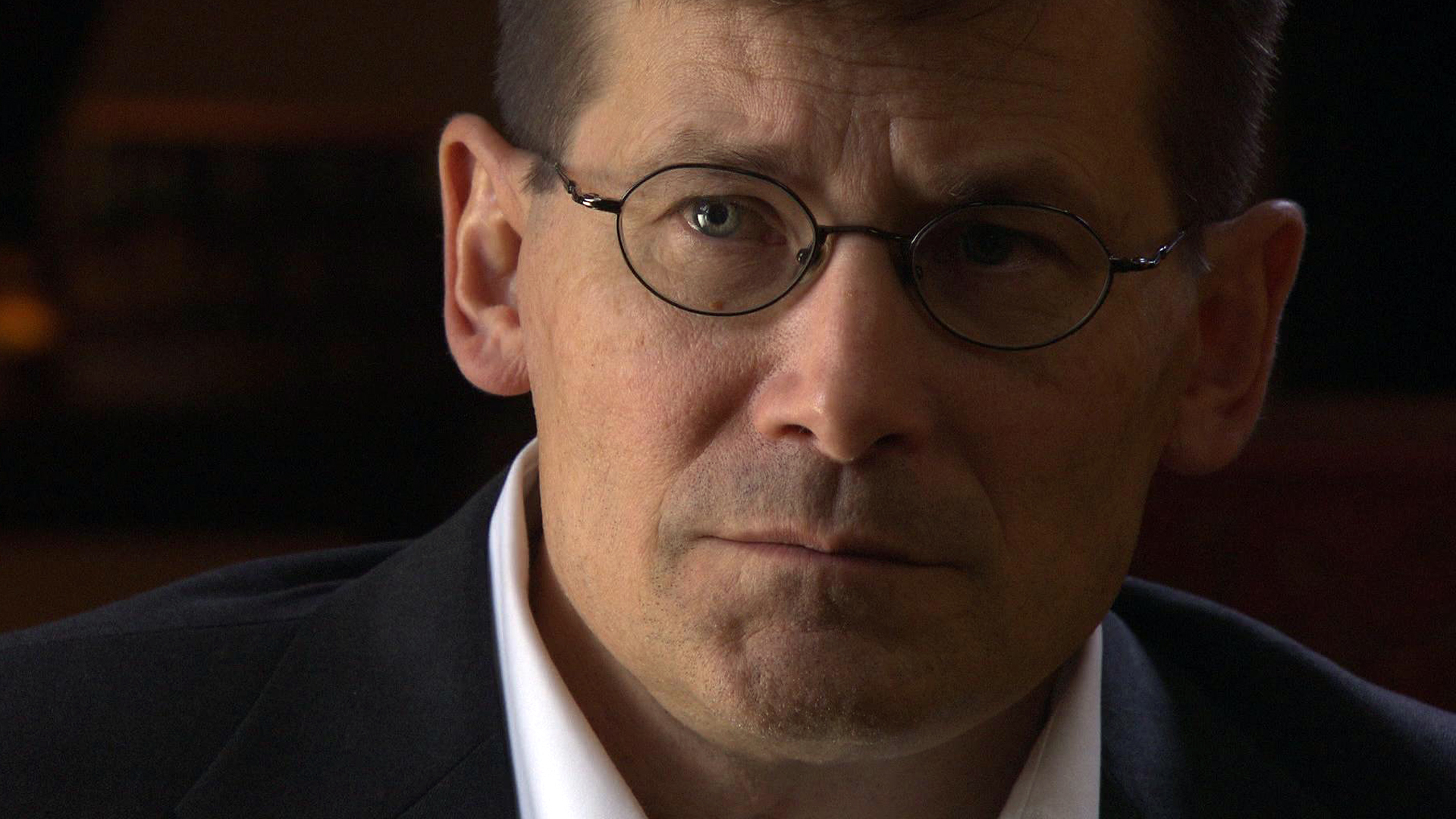 The following script is from "The Briefer" which aired on Sept. 15, 2013. The correspondent is John Miller. Producers Ira Rosen and Gabrielle Schonder.

Every day in the Oval Office, the president gets a classified intelligence briefing. For the last year, an important part of that briefing has been the bloody civil war in Syria. The No. 2 man at the CIA, Mike Morell was a key voice in those meetings.

After 33 years in the CIA, there may be no one in Washington with as much experience in briefing presidents on complex security issues facing the United States. Morell retired from the CIA just six days before the chemical attacks in Syria. In his first television interview he told us what the war in Syria means to an already brittle region -- why it matters to the security of Americans at home.

John Miller: In the broadest sense, where is this Syria thing going to take us?

Mike Morell: I'm concerned because I fear the breakup of the state of Syria, collapse of the central government, sectarian warfare, opportunity for al Qaeda to have a safe haven in Syria that is not dissimilar to the safe haven that it once enjoyed in Afghanistan and once enjoyed in the FATA.

John Miller: In your briefings with the president on Syria, did you discuss that possibility with him?

Mike Morell: Yes, that was shared with the president.

John Miller: And what was his response to that picture?

Mike Morell: He takes that very seriously. And certainly agrees that that is an outcome that is possible and needs to be avoided.

As deputy director of the CIA, Mike Morell was in charge of the day-to-day operations of the agency. He oversaw thousands of spies and analysts, who formulate the very intelligence that's applied to decisions involving the prevention of terrorist attacks to the formulation of foreign policy.

John Miller: The secretary of state has said that there's an al Qaeda influence among the rebels in Syria, but it's a small percentage. And that the overarching group of rebels are looking for a moderate government. Has he miscast that?

Mike Morell: The two groups that are in some way affiliated with al Qaeda -- al-Nusra and then Ahrar ash-Sham -- are the two most effective organizations on the battlefield. And because they're so good at fighting the Syrians some of the moderate members of the opposition joined forces with them to fight the Syrians.

The end of the civil war in Syria could offer one of two bad outcomes: a stronger more brutal Assad regime or a rebel government influenced by al Qaeda.

John Miller: I've spoken to intelligence analysts who have said an uncomfortable thing that has a ring of truth, which is the longer this war in Syria goes on, in some sense, the better off we are.

Mike Morell: Yeah. So I disagree with that. The best outcome is a negotiated settlement between the opposition and between the regime that allows for a political transition that keeps the institutions of the state intact.

John Miller: How realistic is that?

John Miller: So how do you more effectively influence that?

Mike Morell: Right now, Assad feels he's winning, so he has absolutely no incentive. So, enough support has to be provided to the opposition-- to put enough pressure on Assad-- to bring him to the negotiating table, but not enough support provided to the opposition so that they feel that they don't need to go to the negotiating table. It's a very difficult balance to strike.

John Miller: Is that more or less support than is being provided now?

Mike Morell: I think it's more.

John Miller: One of our reporters was just there and toured a rebel weapons depot and they said, "You know, the stuff we've gotten is old, it's outdated, it's not enough. We're not really getting support." Are we in this? Are we not in this? Do we need to be in it more?

Mike Morell: The president announced a number of months ago that we would provide military support to the opposition and there is the moderate opposition which the United States is trying to support in any number of ways, and there is a radical opposition that we want to make sure that we don't support.

As a career CIA analyst Mike Morell looks at a problem from every angle and what he sees in Syria is more complex than just a civil war. Behind the scenes he sees four wars. The people against a dictator, al Qaeda against secular government, Sunnis against Shias and a proxy war between the Saudis and the Iranians for dominance in the region.

Mike Morell: So this needs to be done with extreme care and extreme caution and that takes a little time.

John Miller: If there's a U.S. strike against Syria, Syria could retaliate. Is it in their interest to do so?

John Miller: What about somebody other than Syria retaliating for a strike on Syria?

Mike Morell: So the two most obvious players are Iran and Hezbollah. They would have no interest in retaliating in a conventional sense because they don't want to get into a war. What I think you're likely to see from Iran and Hezbollah, would be asymmetric attacks. So terrorist attacks, cyberattacks. And I think the decision would be made in Tehran, not in Damascus.

John Miller: So what you're saying is even if Assad made the decision not to strike back after a U.S. attack, Iran could decide to do it without him?

Mike Morell: Correct. And it could be months down the road that such a response occurred, particularly if it's in a terrorist attack that takes time to put together.

Mike Morell: Uh-huh (affirm). That's how they would see it.

John Miller: If we send cruise missiles into Syria, one of the potential responses is not a military response in the conventional sense, at all, but a cyberattack.

Mike Morell: So if there were to be a cyberresponse to a U.S. attack on Syria, I would expect it to come from Iran, not Syria.

John Miller: Iran's last cyberattack on a serious level wiped out 85 percent of the hardware of Saudi Arabia's biggest oil company. That sounds like a fairly serious capability?

John Miller: Do you think that Iran has enough access to U.S.-- either government or just as likely a private sector critical infrastructure things -- to do damage?

Mike Morell: No, but I think they're working on it.

From its sanctuary in Afghanistan, al Qaeda was able to plan and execute catastrophic attacks against the United States. A decade of war and drone attacks has all but decimated al Qaeda's organizational structure. But the al Qaeda narrative continues to spread to a growing number of affiliates across the Middle East and North Africa.

John Miller: When you see the potential of an al Qaeda presence as dominant in Syria, at the end of that conflict, or Mali-- or the case in Somalia, have we spent all these lives and all these dollars to, rather than deny sanctuary, change the ZIP code for the terrorist base?

Mike Morell: There is no doubt that the ideology has spread to North Africa and to other parts of the Middle East. And that those areas could eventually become the kind of safe haven that could pose a significant threat to us. They don't right now. They pose only a regional threat. But you know, the places that I'm worried about in terms of ultimately becoming a safe haven that could pose the kind of threat that al Qaeda posed to us pre 9/11 is Syria, No. 1, and No. 2, Afghanistan, if the Taliban were to get a grip on that country again post-2014.