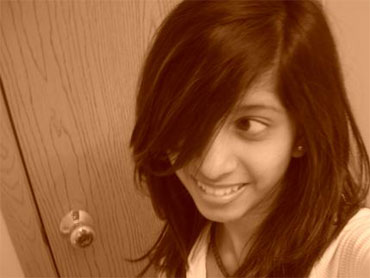 All the stories these days about miraculous high-tech fertility treatments and 50 year-olds having babies might make you wonder, as 60 Minutes first did in June 2002, has the biological clock been reset?

It seems that young women think so - women like Leslie Feeney, who works at a software company, and Lisa Bourne and Ani Vartanian, who just graduated from Harvard Business School. Correspondent Lesley Stahl reports.

"I know medically you could get pregnant up to the age of 50,” says Ani Vartanian.

But the truth is, the clock's just about where it's always been. And the average woman's ability to get pregnant begins to slow down as early as 30.

By 37, fertility is dropping steeply, and even with the most advanced medical techniques, virtually no women over the age of 44 are able to have a baby using their own eggs.

Fertility doctors like Marcelle Cedars at the University of California San Francisco, say it's astounding how few women know this: “I have doctors, I have PhDs, I have lawyers, I have very intelligent, educated women in my office every day who tell me, 'But I eat right and I exercise, and I'm healthy. How could I not be able to have a child?'”

Twenty five years ago, 35 appeared to be the biological cutoff. What happened?

“I think women have seen technology advance, so they think technology has the answer. They see in the press: 45-year-olds with twins,” says Cedars. “But they assume that it is someone at 50 or 52 having a pregnancy with their own eggs, and I think that's very misleading to patients, patients who are struggling.”

In fact, in most of these cases, it is almost invariably not their own eggs. Which means those children have somebody's DNA other than their mothers.

However, women have a window of fertility and Dr. Cedar says science hasn't yet changed that.

So, is it a genetic thing?

“Yes. You can do things to shorten that clock, like with cigarette smoking, but there isn't yet anything we can do to extend that clock,” says Cedar.

“And women, as opposed to men, are born with a finite number of eggs. They are lost at a preset rate before you go through puberty, when you're on birth control pills, when you're pregnant. This is a constant process that women don't understand.”

And there's no test that'll tell you how much time you have left.

Women who think they can wait, really can't. And now, more and more who want children are ending up without them. Twenty years ago, nearly 9 percent of American women in their early 40s did not have children. Today, that number has nearly doubled.

And for successful professional women, the figure is considerably higher - so says economist Sylvia Hewlett in her new book, "Creating a Life." She conducted a survey of more than 1,000 women with incomes over $55,000 a year.

“Amongst this group, childlessness really is a huge problem. Thirty-three percent of them don't have children at age 40,” says Hewlett, which means they probably won’t have children. “They're at the end of the road, as it were. And if you look at corporate America, 42 percent of these women don't have kids.”

And a majority of them, Hewlett says, wanted to have children.

Why is this happening? Is it that these women aren't getting married? Or that they are getting married, but they're waiting too late to try and have children? Hewlett thinks it’s both.

And it's not hard to find the women she's talking about.

Melanie Curtright, Pam Stuart and Mary Mayotte are all in their 40s and early
50s - all attractive, successful, currently unmarried, and childless.

“In my 20s, I had opportunities to marry wonderful guys. And I said, 'Marriage? I've just gotten out of law school. I need to do what I have spent so much time and effort to accomplish,'” says Pam Stuart. “I don't think I really made a choice. But it is the biggest disappointment of my life that I never became a mom. I would have been a great mom.”

Melanie Curtright always wanted to have kids, but she focused on her career and waited: “I just assumed that science would keep up that pace, and that it wouldn't be a problem at 40. It never occurred to me that I wouldn't be able to have a child.”

When she turned 40, she was divorced, so she found a sperm bank and a fertility doctor. She endured fertility treatments for a year and a half, but she never got pregnant.

“Having gone through that and having to deal with accepting that I can't bear a child, I never thought that would impact me the way it has,” says Curtright. “And it has been devastating.”

Now she's in the process of adopting a little boy from Cambodia, but a large number of the women in Hewlett's survey who wanted children ended up without any at all.

“It makes me a little angry, because it's so profoundly unfair. But this is what is going on right now,” says Hewlett.

But that's only the beginning of what women see as unfair. Men, for instance, can freeze their sperm, but that doesn't work for women's eggs - which means that young women who want to wait can't just set some aside for later.

So a group of fertility doctors launched an ad campaign to educate young women about the risks of waiting. But what the doctors see as a public service comes in for harsh criticism from Kim Gandy, president of the National Organization for Women.

“I've seen the ads. They show a baby bottle turned upside-down, looking like an hourglass and the milk is dripping out. And what it says visually is time is running out,” says Gandy, which she believes brings us back to the old message to women that you are your uterus.

“They're just saying that advancing age decreases your fertility, which I think gives the message to young women who may not have anyone they want to have a child with, who aren't in an economic position to have children, to hurry up and have kids that they're not ready to have, because they're afraid that they might turn out to be infertile,” says Gandy. “I think it's a scare tactic. And it's not good to scare young women.”

“I think it's very condescending, in a way, to say, 'Well, you know, let's not tell women the truth because they can't deal with it,'” says Hewlett.

But what about the argument that this ad will pressure women to have children before they're ready, when they're too young?

“We're not talking about encouraging 13-year-olds to have kids. We're talking about mature women. And I think it goes back to another point, and that is the women's movement, I think, has been deeply ambivalent about motherhood,” says Hewlett, who believes that the early message of the feminist movement had nothing to do with motherhood.

The message, Curtright believes, was “if you have a brain at all, you will go to college and have your career, and the kids can come much, much later.”

But that was their generation. What about young women on a career track?

“I think the most surprising result of these surveys I did is that young women are actually facing a worse situation,” says Hewlett.

“At age 35, even fewer of them have both a child and a career. Fifty-five percent of those 35-year-olds are childless, which is a higher figure than the current crop of 50-year-olds were at that age.”

According to the fertility charts, Lisa, Ani and Leslie, in their mid- to late 20s, are at the perfect age to have children. But like most men their age, they want to have it all: Big careers in top management and children. They also want husbands, which isn't so easy for take-charge, high-achieving women.

In fact, at Harvard, she says, they call it the H-bomb: “The H-bomb is basically, some guy turns to us and says, 'So what do you guys do?' And we're like, 'Oh, we're students.' Oh, great. Well, where?' 'Oh, we got to school in Boston.' 'Oh, great. Where in Boston?' 'Oh, in Cambridge.' 'Oh, where in Cambridge?' 'OK, Harvard Business School.' And as soon as you say Harvard Business School, or even Harvard, they turn around. I mean, that's the end of that conversation.”

There's also the question of timing. What is more important to ensure and establish first: your career or making sure you have a child? Definitely career, Lisa, Ani and Leslie say.

Which makes sense since, remember, these women think they can easily get pregnant in their 40s and even 50s. And it turns out men think the same thing.

Hewlett found that 90 percent of young professional men believe that with fertility treatments, most women can get pregnant into their early 40s.

“It's almost like the teen-ager who thinks that, 'I'm not going to get hurt. I can drink and drive. I can drive fast, and bad things happen to
other people, but they're not going to happen to me,'” says Cedar. “And these are take-charge women who feel that if they do things right, whatever right is, that they will get what they want and they assume that their fertility is equivalent to those other goals they've been able to achieve.”

“We simply can't have, you know, 90 percent of young women kind of convinced that they can wait until they're 45,” adds Hewlett. “That is a recipe for disaster. And this misinformation seriously distorts the thinking of young
women, and I think that's a great shame.”

Since our story last aired in June 2002, Melanie Curtright, who waited till age 40 to begin fertility treatments, has finally become a mother. She's adopted a son, Nicholas, from Cambodia.