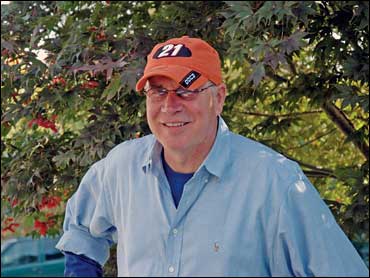 This column was written by Dave "Mudcat" Saunders, the Rural Liaison for John Edwards' presidential campaign. A longtime Democratic strategist, Saunders served as the personal adviser to Sen. Jim Webb, D-Va., in his successful 2006 campaign and as rural strategist for Democrat Mark Warner's 2001 gubernatorial campaign in Virginia.


As I get ready to head to Manchester, N.H., for this weekend's second Democratic presidential debate, I am already agitated at the thought that this one will mirror the first, with no talk of the "economic inequality" that is threatening to take down this country.

It doesn't seem to matter that both the numbers and the leading economists are screaming that "economic disparity" will put this nation in the toilet much quicker than a nuke from Iran or North Korea.

Our not-so-far-off future is in grim danger unless "economic fairness" is restored to the American capitalistic system. Yet none of the top-tier candidates, other than John Edwards, seem to want to deal with it in strong fashion.

If you want to see what the shelving of economic fairness has already done to this country, get in a car and drive through rural and small town America. Edwards' own hometown has been creamed by job loss and funding cuts.

The economy of rural American and small towns and the once-attainable
"American Dream" have already been savaged by the cold-hearted realities of Republican deregulation, plundered with unfair trade treaties, and pillaged by big corporations operating under the immoral idea that nothing (or nobody) matters but their individual stock and dividend performance.

If the news this week that housing prices are beginning to drop makes the building boom (due to insane lending practices) come to an end, many of you in the middle-class will get a close look at the realities of a system "where democracy is subservient to capitalism, and not the other way around." Economic disparity will be coming to a suburb or exurb near you. What is a 20 percent to 25 percent drop in your home equity going to look like on your financial statement?

The economic numbers pointing to a calamity are endless. Income inequality has become a runaway train. For example, in 1980, the top 1 percent earned 8 percent of the country's income. Today, it's up to 21.8 percent. The richest 1 percent of U.S. households now own 34.7 percent of the nation's private wealth, more than the combined wealth of the bottom 90 percent. In a nation where each generation used to do better than their parents, this is no longer the case.

Last week, a study was released by the Brookings Institute, the Pew Charitable Trusts, and other think tanks, which said that men in their 30s are now making (adjusted to inflation) 12 percent less than their fathers did in 1974.

What is even more alarming is that middle-class Americans can no longer afford to save. The personal savings rate declined from 11.2 percent in 1982 to a negative 1.1 percent in 2006. There are literally thousands of other numbers and affirmations from leading economists that serve as undeniable proof that "economic disparity," if not dealt with, will take us down. As Casey Stengel once said, "You can look it up."

The most mind-boggling political aspect of the lack of Democratic debate on "economic fairness" is that the Republicans actually concede the reality of the possible catastrophe they (with the help of a few Democrats) have created.

Note: According to the Pew Research Center, nearly three-quarters (73 percent) of Americans now agree with this statement: "Today it's really true that the rich get richer while the poor get poorer."

"If we did not place some limits on the downside risks to individuals affected by economic change, the public at large might become less willing to accept the dynamism that is so essential to economic progress." — Benjamin Bernanke, Feb. 5, 2007.

It is well-documented that since the dawn of time the big boys have kicked the little boys if nobody was watching. For years, the Democrats watched out for the little boys (and the middle-sized boys for that matter), but this is no longer the case.

Why is John Edwards the only top-tier Democratic candidate even talking about the grim dangers of economic inequality?

Many Democrats, buoyed by our successes in 2006, think that our success last year was due to something we did. While we did do better, I honestly believe that history will give the Republicans a lot of credit for it.

Not surprising, these are the same Democrats who still believe in the insanity of an 18-19 state presidential strategy that has been proven "wrong" and "wrong again" in the last two Presidential elections.

Looking at the numbers, how can anybody disagree that a Democratic campaign with a strong message of economic populism would without question increase the number of targeted states and put a much-needed end to the mathematically-challenged "thread the needle" Democratic presidential strategy of late?

John Edwards is the only Democratic candidate talking tough about economic fairness because he is the only candidate who sees (and acknowledges) the powerful 6-foot rabbit whose name is not "Harvey," but instead "economic populism." To me, it is a certainty (with things being where they are) that rural and other hard-working (not just blue collar) Americans will understand and embrace "true economic populism" if it were shown to them just once in their life. Just once.

Check this out. Last Oct. 26, the Center for Rural Strategies conducted a poll of voting patterns in rural America. Lack of economic fairness ranked first when rural voters were asked what kind of changes voters wanted to see after the election at 38 percent. Just 11 percent said they were most concerned about a new direction in Iraq.

During the past 25 years, our national party's political strategy for much of the nation has been dominated by defensive action instead of offensive action. We simply have not gone after these guys. It is my strong belief that the "greed" factor that created this economic crisis has also found a home in some Democratic campaign circles. This is at the very root of the problem with lack of "spirited" economic debate amongst Democratic candidates.

Some candidates seem to be thinking, "Why shoot at the big boys and disrupt my contributor base?" Contribution fears abound.

I say to hell with Democrats who fear taking on the big boys and to Democrats who would shun economic fairness in exchange for pieces of silver. With all the information that is out there on what unbridled greed has done to our once thriving capitalistic way of life, it is an absolute disgrace to our party that John Edwards is the only top-tier Democratic candidate out there ready to go after the greedy harlots.

"In the early days of our republic, President Andrew Jackson established an important principle of American-style democracy — that we should measure the health of our society not at its apex, but at its base. Not with the numbers that come out of Wall Street, but with the living conditions that exist on Main Street." — Sen. Jim Webb, State of the Union response, 2007.

"Come on. There's not another serious scientist in the world that thinks it will be over soon," Biden said during the final debate.

Constitutional Court ruling bars abortion of defective fetuses, closing one of the last loopholes in what were already some of Europe's toughest reproductive health laws.