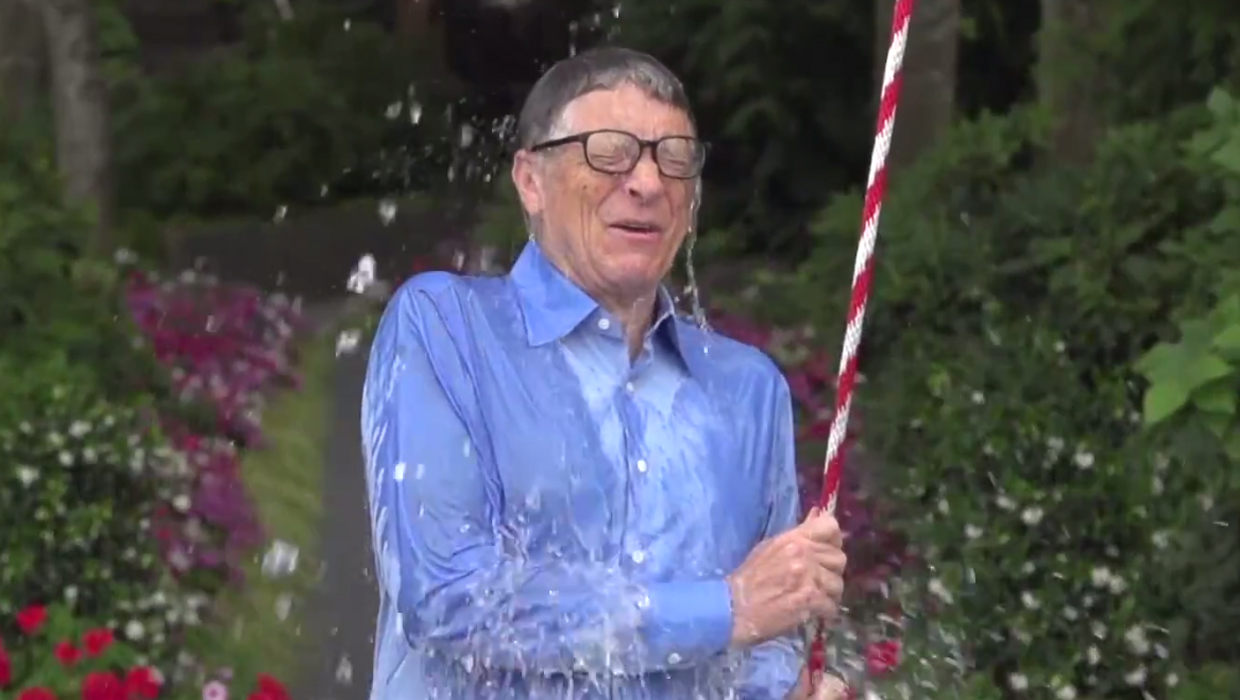 It seems just about everyone these days is participating in the ALS Ice Bucket Challenge, including celebrities.

One of this summer's biggest viral trends, the challenge is spearheaded by the ALS Association with the hopes of raising awareness about the incurable and eventually fatal amyotrophic lateral sclerosis, commonly referred to as Lou Gehrig's disease. And it looks the organization has succeeded in its goal judging by the amount of star power now attached to the fundraiser.

Dozens of high-profile figures have taken to social media to share videos of their participation in the challenge, helping the competition become one of the biggest viral trends of 2014.

"I've been in the non-profit world for some 38 years, and I've never seen anything like this, never," Barbara Newhouse, ALS Association president and CEO, recently told "CBS This Morning."

There's been some debate about how it was first started, but the movement gained steam after pro golfer Chris Kennedy filmed himself getting iced on July 15. Kennedy's clip eventually caught the attention of ALS patient and former promising athlete Peter Frates, who teamed up with friends and family to make the cause go viral on social media.

"Guardians of the Galaxy" star Chris Pratt" revealed that he had already been challenged once before and instead decided to drink vodka for his video.

"It's for a good cause," Pratt said before taking a swig:

Superheroes aren't the only celebs who have been going under the bucket lately.

Even Camelot is getting cold this summer. Members of the Kennedy political family got soaked at the family's compound in Cape Cod, Massachusetts:

Members of the CBS family have also become involved in the craze.

"The Big Bang Theory" stars Jim Parsons and Kaley Cuoco Sweeting got brain freezes when they were doused:

"Two and A Half Men" actor Ashton Kutcher and his former "That 70s Show" castmate Wilmer Valderama were nominated by their old co-star Topher Grace. They accepted and were joined by Dax Shepherd, who in turn nominated "60 Minutes" correspondent and "CBS Evening News" anchor Scott Pelley:

Pelley seems to be in high demand. He was also nominated by KEYC's Joel Runck:

"CBS This Morning" co-host Norah O'Donnell got her kids to join in on the fun:

Gayle King's reaction is not to be missed:

Here are some other stars who froze for a good cause: