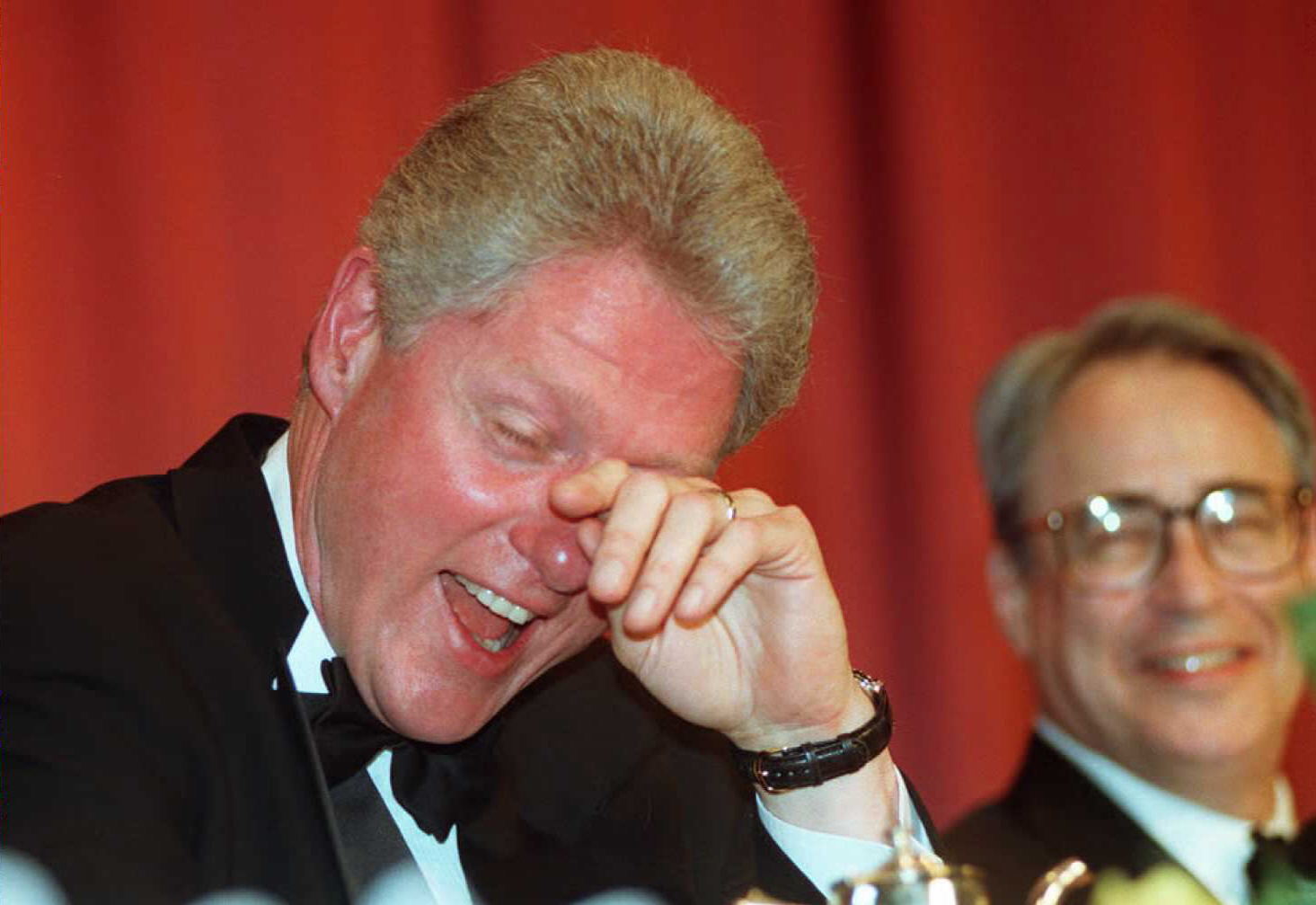 The latest batch of documents released by National Archives and the Clinton Presidential Library don't give much substantive insight into the Clinton White House. They do, however, include a bunch of jokes written for former President Bill Clinton that he ultimately never used.

About 4,000 pages of documents were released Friday, including records related to Vice President Al Gore's 2000 presidential campaign, the 2000 Florida recount and the health care debate. In the coming weeks, the National Archives plans to release up to around 33,000 documents, now that they are legally permitted to. Certain presidential records can be withheld from the public for 12 years after the end of the administration.

Last month, the first set of documents released gave some insight into the Clinton administration's take on health care reform, as well as the careful media strategy designed for then-First Lady Hillary Clinton.
This set of documents, meanwhile, included several draft versions of speeches that Mr. Clinton delivered at celebratory dinners with Washington elites. Several zingers about Al Gore, Ross Perot and others were crossed out of the speeches. Here's a look at some of them:


"Some of my friends in Hollywood have started working on Home Alone 3. But their negotiations broke down with Macaulay Culkin. So, now, they're asking for George. I figure, why not? With a little make-up he might look old enough for the part."

"Did you see Ross Perot on T-V last Sunday? .... You're in a minority. Boy, I never thought I'd say that to this crowd."

"Ross Perot says Federal employees get all these special privileges... like free rides on the subway. Heck, everyone knows all Federal workers use chauffeured limousines."

"I've got to hand it to Ross, though. A guy with BILLIONS, asking people to send him 15 dollars each. It's not a bad investment. You get this really neat decoder ring."

"I know you've been hearing that there are some unorthodox goings-on in the Oval Office. You've heard... that I let photographer Annie Liebowitz bring in a boom box to play rock and roll full blast.. that an Elvis impersonator came in and sang 'All Shook Up'... that Paul Begala came this close to showing a room full of people his jockeys. I want to set the record straight. They were boxer shorts, Fruit of the Loom."

"Sometimes journalists get too carried away pronouncing judgments ... Just listen to what the press is saying about that cult leader in Texas: 'crazed for attention' ... 'driven by a messianic complex' ... Don't you think you guys have been a little tough on Ross Perot?"

"For starters, I apologized to Walter Mears for a crack I made last year at one of the media dinners, when I said I could go over the heads of the media because of Larry King. And Walter said: 'Big deal, Mr. President. We can go over your head to Hillary.'"

Crossed out line: "Which reminds me, I can't stay too late. I'm starting to get nervous about leaving Al Gore alone at the White House."

"As everyone knows, tonight's program is not what was originally planned. Jon Stewart is here because Rosie O'Donnell cancelled, and I stand before you because Colin Powell couldn't make it."