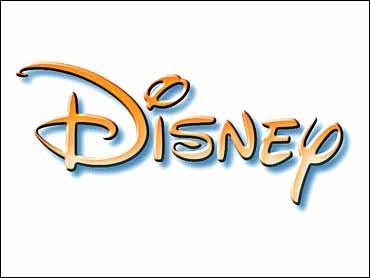 A court battle is brewing over profits generated by the one of Walt Disney Co.'s most bankable stars - Winnie the Pooh.

A family-owned company that receives royalties from the sale of Pooh merchandise claims Disney has withheld more than $35 million by failing to report sales of at least $3 billion in Pooh-related computer software, videocassettes and DVDs featuring the furry bear and his pals from the Hundred Acre Wood.

Disney has claimed the merchandise in question is not covered under its agreement with Stephen Slesinger Inc.

In a Superior Court hearing Tuesday, lawyers for Slesinger argued the entertainment and media giant failed to report at least $3 billion in Pooh-related revenue, thereby denying Slesinger and its heirs their share of those sales.

Although the case has been tied up in court for over a decade, Tuesday's hearing marked the first time a dollar figure has been fixed to the claims by Slesinger, which first bought the merchandising rights to the lovable bear in 1929.

Disney, in turn, acquired the rights in 1961, and at that time divided royalties between Slesinger and a trust set up for Pooh author A.A. Milne. Under the royalty agreement, Disney pays Slesinger 1.2 cents for every dollar of Pooh merchandise Disney sells.

At issue is an audit of Disney's books performed by a court-appointed forensic accountant. The examination of Disney's sales of Winnie the Pooh items in the sample years of 1988 and 1994 seem to bolster the company's claims that its payments have been in line with its royalty agreements.

When the auditor determined the amount owed was $11,000, Slesinger's heirs asked the court to throw out the report and instead sought what they believe is $35 million.

"What they've done is literally put in front of the court a settlement amount," said Daniel Petrocelli, Disney's lead attorney. "The last two days have confirmed what the auditors found."

He said Disney's position is that it has paid the Slesinger the full amount it owes.

But Bert Fields, a high-profile Los Angeles lawyer who represented former Disney studio chief Jeffrey Katzenberg in his multi-million dollar case against Disney, argued the accountants must also calculate the future value of those royalties.

The combatants were back in court Wednesday to hear expert testimony supporting the plaintiffs claims.