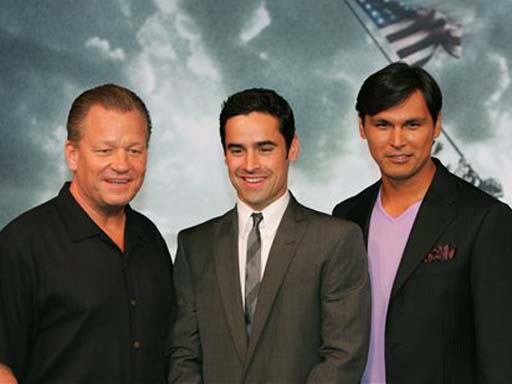 U.S. Senate candidate Hillary Rodham Clinton put her first lady hat back on to join the president aboard a couple of U.S. warships for Independence Day festivities in New York Harbor.

The president, Mrs. Clinton, and daughter Chelsea reviewed a procession of military vessels from around the world from the deck of an American missile cruiser, then flew aboard Marine One to the aircraft carrier USS John F. Kennedy to watch OpSail 2000, a spectacular international tall ships parade.

While Mrs. Clinton celebrated the Fourth on the 1,052-foot, 81,000-ton warship, bound to be seen on national news broadcasts, her Republican opponent in the New York Senate race was riding his campaign bus around upstate New York.

Rick Lazio began his day of retail politicking at an Italian American War Veterans post in Saratoga Springs where an estimated 200 people turned out for coffee and doughnuts. Lazio marched in Fourth of July parades in three towns.

While the First Family and notable guests including Miss America, Caroline Kennedy Schlossberg, astronaut John Glenn were entertained by Broadway singers, Lazio paraded with a fife and drum corps, fire trucks, and a handful of upstate high school bands.
The contrast between the candidates' Independence Day photo-ops is a reminder that Mrs. Clinton is an extraordinary candidate.

Her celebrity and the history-making nature of her run guarantee constant media interest in her campaign. And the pomp and power of the Presidency -- and the patriotism it inspires at moments like July Fourth -- lend her stature that an elected politician could spend a career reaching for.

But name recognition plus liberal credentials may not be enough to put her over the top in November, even in a state where Democrats out-register Republicans by about 3 to 2.

In just one month, the once-obscure Lazio has "shot out of a cannon"--as his campaign likes to say-- to run dead even in statewide polls with Clinton, who has been campaigning for year in every county of the state.

The competitive race heated up last week with a Clinton television ad campaign which Lazio said is "designed to fool" voters about his record.

The fur continued to fly as the New York Congressman called Clinton's failed national health care plan of 1994 an "unmitigated disaster" and the Clinton camp countercharging with "legislative malpractice" for Lazio's vote on one version of a patients' bill of rights.

That exchange is a snapshot of the Clinton-Lazio debate thus far: he says she's a dilettante; she criticizes his record in Congress.

Lazio's other favorite anti-Clinton theme is the carpetbagger issue.

In an autobiographical television ad, Lazio describes his parents' first date at Ebbets Field in Brooklyn and walks barefoot on a New York beach with his wife, a native New Yorker, and young daughters, who are New York public school students. In interviews, Mrs. Clinton shrugs off complaints that she's an Empire State interloper with rah-rah lines like, "Who wouldn't want to live in New York?"

As the haze burned off a gray, humid morning in New York Harbor, one thing became clear: Lazio cannot take a day off from the firetrucks and fife and drum corps in favor of four-masted barques and twenty-one gun salutes. To overcome the First Lady’s star power, he may need to win over New Yorkers one vote at a time.