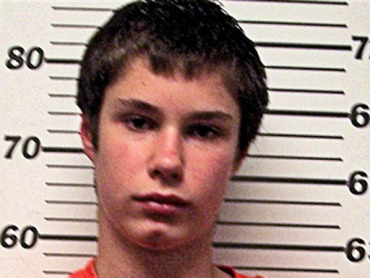 NEW YORK (CBS) The story of Colton Harris-Moore, the 19-year-old who taught himself how to fly a plane and then allegedly stole five of them, is fascinating in the barest retelling of the facts.

But I wanted more of course, and as I worked on this story for the past six months, there was one thing I wanted to know above almost everything else - how do you steal a plane anyway?

Turns out, it's fairly easy. Small airports where single engine planes are housed have very little security, and they are everywhere - I had no idea how many there were until I started tracking Colton's movements.

They are all over the United States in small towns across the map. And if they have an airport manager - as the Port of Orcas Airport does on tiny Orcas Island, allegedly one of Colton's favorite spots - that manager usually goes home when night falls, and then the airport is left unattended. (By the way, there are also homeowners who have single engine planes and grass air strips next to their homes for easier travel. I found that out when Colton was spotted in Dallas City, Illinois.)

Many planes are left out in the open on the tarmac, protected by nothing more than a chain link fence. Colton allegedly preferred those in hangars, but that's no problem either. The type of locks found on hangars in these small airports are the kind most people have on a laundry room door. You can pry the door open with a big screwdriver, a tire iron, you name it.

In the exclusive surveillance photo accompanying this article, you can see the person police say is Colton in a grocery store on Orcas Island, carrying a hammer and what appears to be a tire iron. Police say he spent a long time there trying to pry open a cash machine so, if that is him as police say, he clearly is familiar with the types of tools needed to open a simple hangar door.

Once you get inside a hangar at night, you can take your time and familiarize yourself with everything you need. Sources and plane owners have told "48 Hours | Mystery" that Colton spent nights in hangars reading the specific flight manuals of the planes he wanted to take. Although Colton is a high school dropout, he reportedly has a high IQ, according to his mother Pam Kohler. Whether or not that's true, friends do say Colton has studied planes since he was a young child and was always obsessed by them. (On Saturday's broadcast, you will be able to see a book on planes Colton studied and sketches of planes he made as a young teen.)

So, if you're Colton, you've broken into an unoccupied airport at night, got into the hangar, studied the manual and now it's time to fly. Now comes the easiest part yet - getting the keys to the plane.

November 12, 2008 - Colton allegedly steals a Cessna belonging to Seattle DJ Bob Rivers from Orcas Island, Wash. and crashes it 250 miles away on an Indian Reservation near Yakima, Wash. In that case, Rivers left the plane's keys in a fishing tackle box inside the hangar.

September 29, 2009 - Colton is suspected of stealing Pat Gardiner's Cessna from the tiny Bonners Ferry, Idaho, airport. Gardiner reports that his plane was started with a pry tool shoved into the ignition, most likely a screwdriver.

February 10, 2010 - Colton allegedly steals a Cirrus plane belonging to Jeff Hendricks from Anacortes, Wash., and flies to nearby Orcas Island. Hendricks tells "48 Hours | Mystery" that he left the keys on the dashboard.

July 3 or 4, 2010 - Colton reportedly steals a Cessna from a small airport near Bloomington, Ind. and flies it 1,200 miles to Abaco in the Bahamas where it crash lands in a mangrove field. The plane had just been serviced with fuel and gas and the keys were in the plane.

Given the ease with which Colton apparently stole the planes, flew them over populated areas - including one that he allegedly flew out of the country - and given that Colton reportedly crossed in and out of Canada on two occasions without so much as a driver's license...well, it no surprise that the Department of Homeland Security got involved in the chase. In fact, when Colton allegedly stole the plane in Idaho, Janet Napolitano, Secretary of Homeland Security was notified personally because police in the area near the Canadian border first suspected terrorism. According to DNA and fingerprints, police say it was definitively Colton. But he clearly exposed the weak underbelly of our national security system.

The story of Colton Harris-Moore will be Featured on Saturday's Episode of 48 Hours | Mystery.