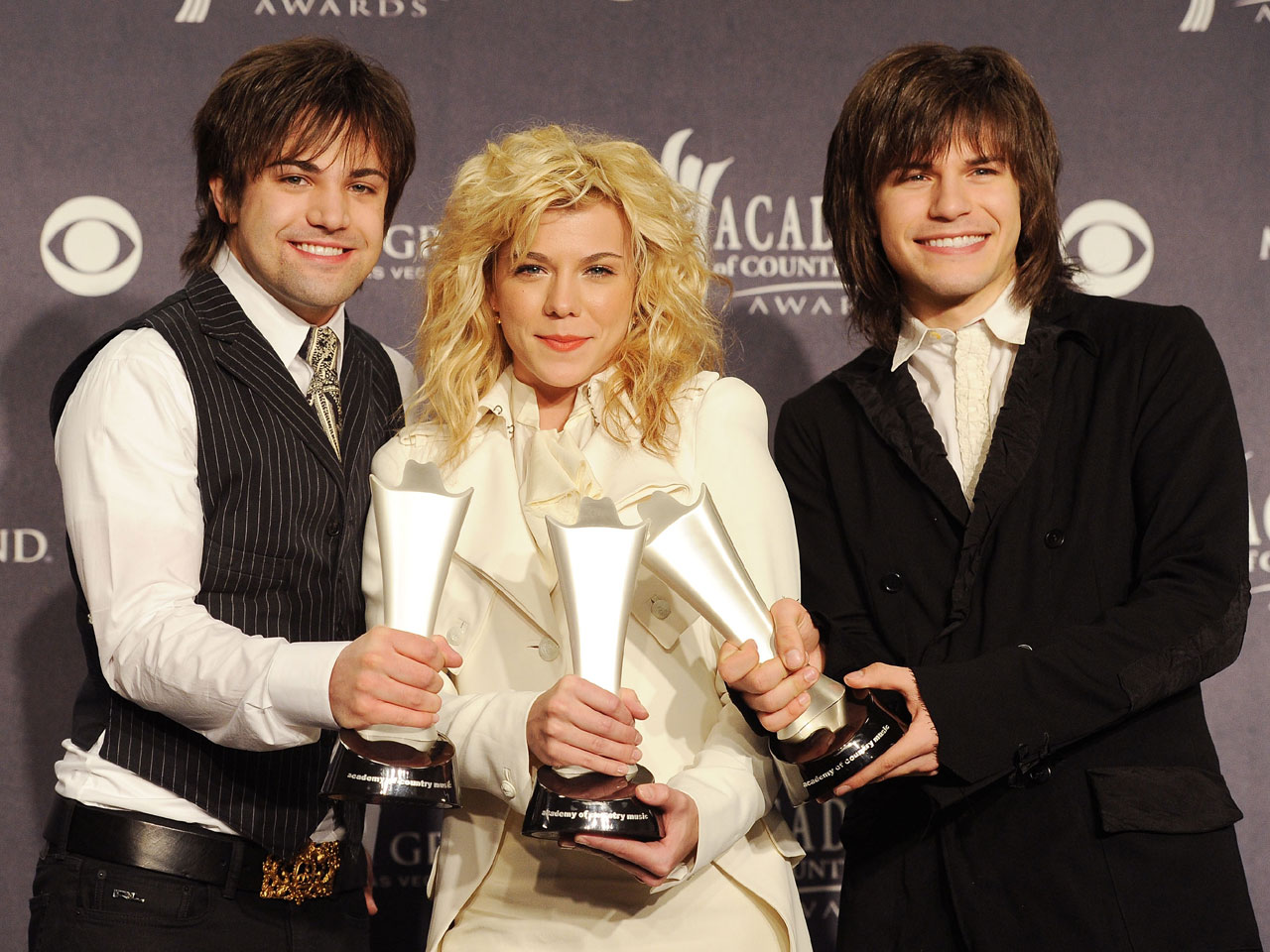 It was the trio of two brothers and one sister's second win of the night - they took home the top new vocal duo or group award before the live ceremony began.

The group was competing with Eric Church for the new artist honor.

"We believe that country music is the people's music," Kimberly Perry said. "And it is our greatest desire to be their band."

The siblings, who began singing as children, released their self-titled album on Oct. 20, 2010. It features the singles "Hip to My Heart," "If I Die Young" (which has been certified platinum) and "You Lie."