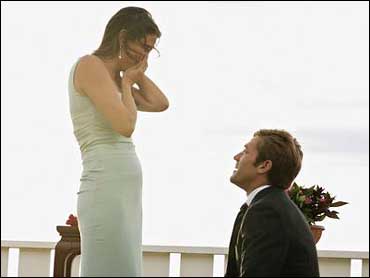 Tessa has won the heart of "The Bachelor." On last night's season finale of the ABC series, Andy Baldwin proposed and Tessa said "yes."

That left the other remaining bachelorette, Bevin, heartbroken.

We'll find out about Tessa's and Andy's plans on tonight's follow-up show on ABC called "The Bachelor: After the Final Rose."

Tessa Horst, 26, is a social worker from San Francisco. She was up against 24 other women vying for Baldwin's heart.

U.S. Navy Lt. Andy Baldwin, M.D., 30, an undersea medical officer for a special operations dive unit was the eligible gent chosen to star in the 10th edition of the reality series.