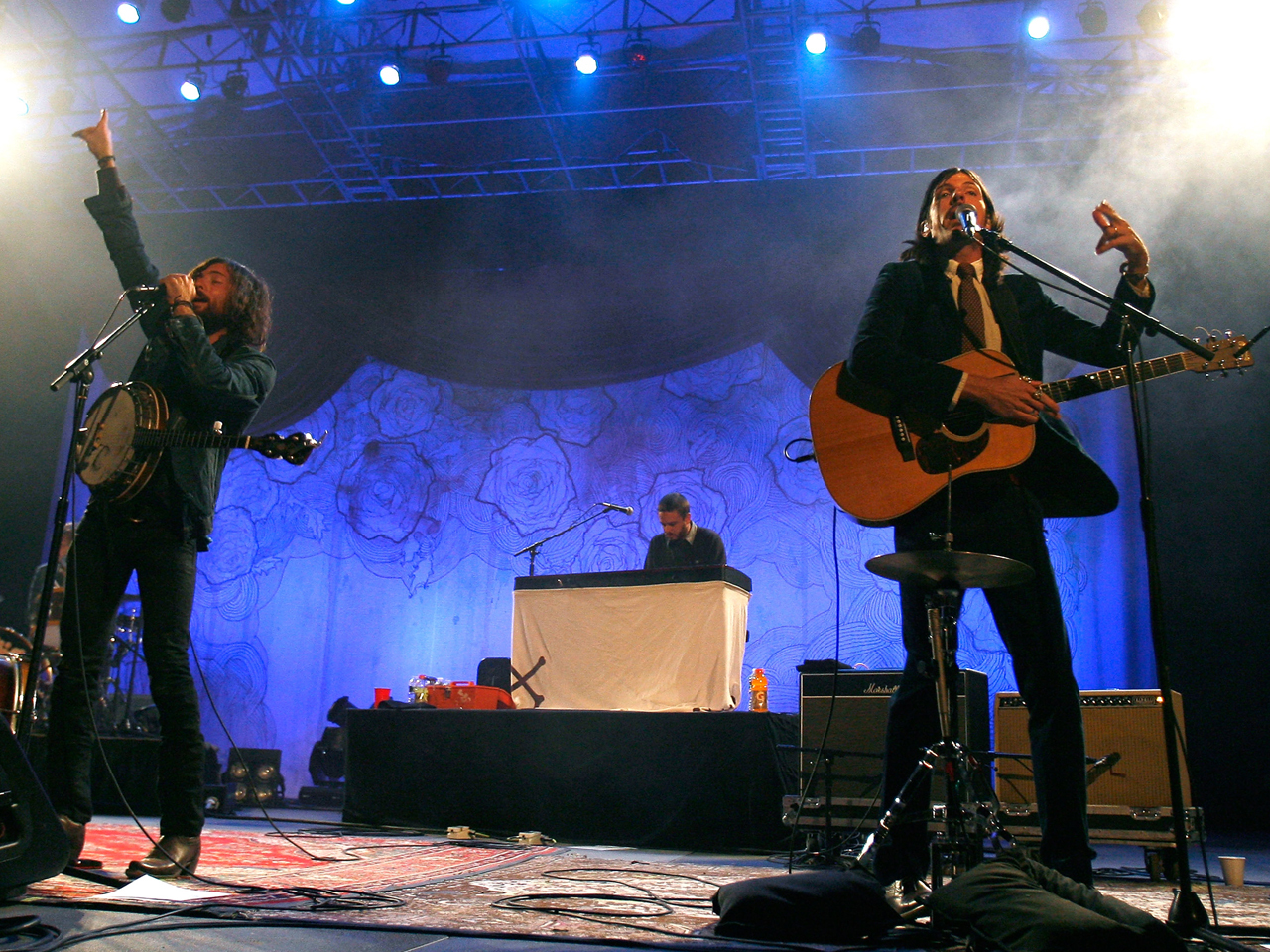 Seth Avett loves performing "February Seventh" on tour because it's still somewhat of a challenge.

When asked about the songs he enjoys playing most these days, The Avett Brothers guitarist/vocalist told CBSNews.com, "I think all of us kind of like to play the thing that makes us feel the most nervous in a way - the one that feels the freshest. With a song that we've played 3,000 times versus a song we've played three times it's going to get our blood moving more."

Bassist Bob Crawford also chimed in about his favorite song to perform live during a recent interview prior to The Avett Brothers' show at New York's Central Park SummerStage. "I'm enjoying 'Paul Newman vs. the Demons' because I can't just let it all out yet. I need to be very present and on top of it. And 'Live and Die' is still like that for me," he said.

Bob and Seth are naming songs from "The Carpenter," their new Rick Rubin-produced album, which debuted at No. 4 on Billboard's Top 200 chart in September. It marked the North Carolina natives' sixth full-length studio album and first release since their critically-acclaimed 2009 set, "I and Love and You."

With the success of "I and Love and You," one would think there would be some added pressure on the Avetts for their follow-up. Yet the guys didn't let outside pressures get to them when writing and recording material for the latest effort.

"You can only define your own success...We have a group of guys that have locked arms. And we have a circle. And that circle has grown quite a bit," Seth said of the band. "We all decide what' success is in that circle...It feels good to be able to do that. The older we get, the more that happens with ease."

"I don't know if we ever think in terms of what can we do with this record versus the last one? -- outside of, 'let's make it better," Seth continued. "Let's make it just the best record we can make right now in our lives.'"

Although themes of life and death seem to trickle into many of the new songs, The Avett Brothers didn't enter the writing process with any one topic in mind, says Seth. The band members had a lot going on in their own lives over the last few years. Since "I and Love and You" came out, Bob discovered his infant daughter had a brain tumor.

"We're thinking a lot in our own lives," Seth said. "We're thinking about big topics -- topics that are big to us anyway. Life and death. As we have different experiences that force us to consider big topics, those topics just bleed into those songs. I don't think that we try. I think that it just happens. We try to write songs that are most genuinely and naturally 'us' because we're the ones who have to sing them every night."

And as for that "brothers" thing, the guys say it helps with their creativity and overall drive.

"I think [it's about] working together as brothers, spending so much time together and putting thought and effort into a common work, a common goal," said singer/banjo player and older brother, Scott Avett. "It's nice to have the differences that we have, yet we're bonded uncontrollably...We're bonded by blood. I think we feel an obligation to each other, which keeps us together in our differences. It's good for the highs and lows of the work, the contrasts and creating a song."

Bob is part of the brotherhood brood, too. He's been a member since early on and is now an honorary Avett.

The band has toured heavily ever since forming in the 1990s and releasing its self-titled EP in 2000. The history will undoubtedly continue to build, as The Avett Brothers show no signs of slowing down any time soon. More fall dates are coming up, culminating in a New Year's Eve show at the Greensboro Coliseum Complex in Greensboro, N.C. More music will be in the works eventually, too.

"I think artistically, we can't turn back," Scott said. "We've got to keep moving forward."