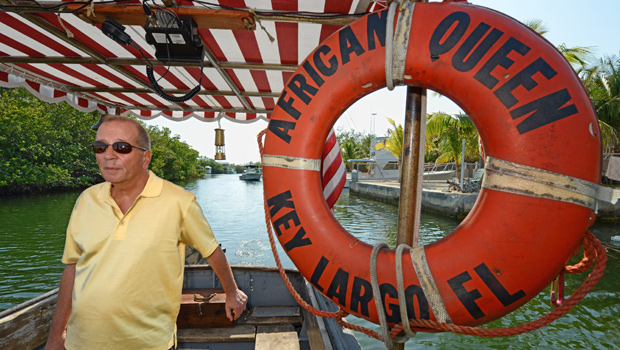 (CBS/AP) Stephen Bogart, the son of actor Humphrey Bogart and Lauren Bacall, helped re-launch the newly restored African Queen riverboat that appeared in the classic 1951 movie of the same name starring his father and Katherine Hepburn.

Stephen Bogart, who lives in Naples, Fla., was present during event on Thursday for the vessel registered as a national history site.

Keys sailing charter operators Lance and Suzanne Holmquist inked an agreement with the 100-year-old boat's owner and invested some $70,000 to restore the boat.

Next week, the Homquists are to begin daily curises for Keys visitors from Holiday Inn Key Largo.