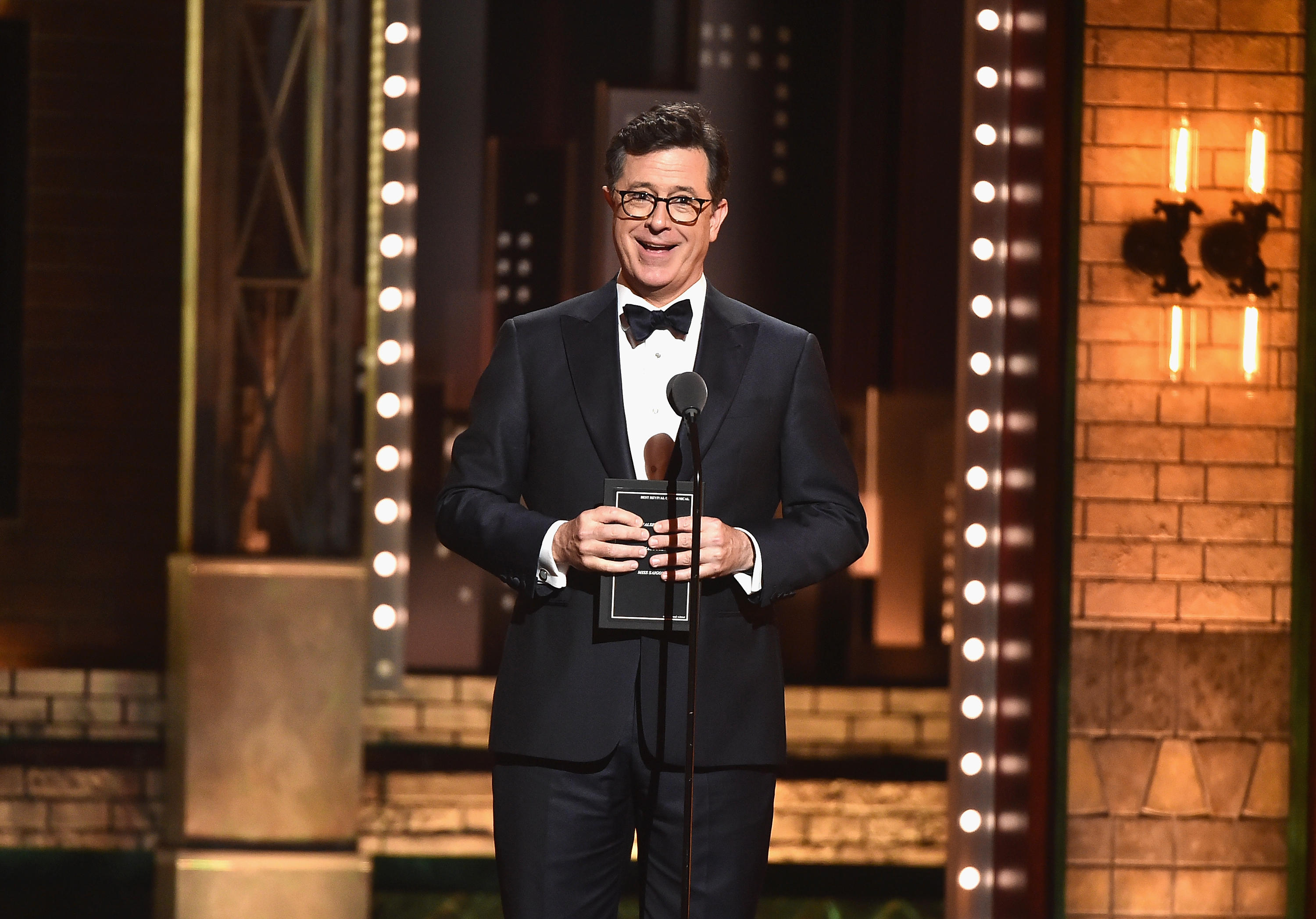 Broadway's best and brightest couldn't let the Tony Awards go by without getting in a few jabs at Washington, with "Late Show" host Stephen Colbert leading the charge.

Before announcing the winner for best revival of a musical, Colbert riffed on President Trump's administration being a revival itself, one that "started way off-Broadway -- all the way over on Fifth Avenue."

Colbert joked that the current production was scheduled to run for four years, but early reviews have been so rough that it could be closing early -- a line that drew cheers from the crowd at Radio City Music Hall Sunday night.

Kline pointed out that without those organizations, many of the people assembled at the Tonys wouldn't be there.

Cynthia Nixon had a message for the audience as well, citing the words of playwright Lillian Hellman.