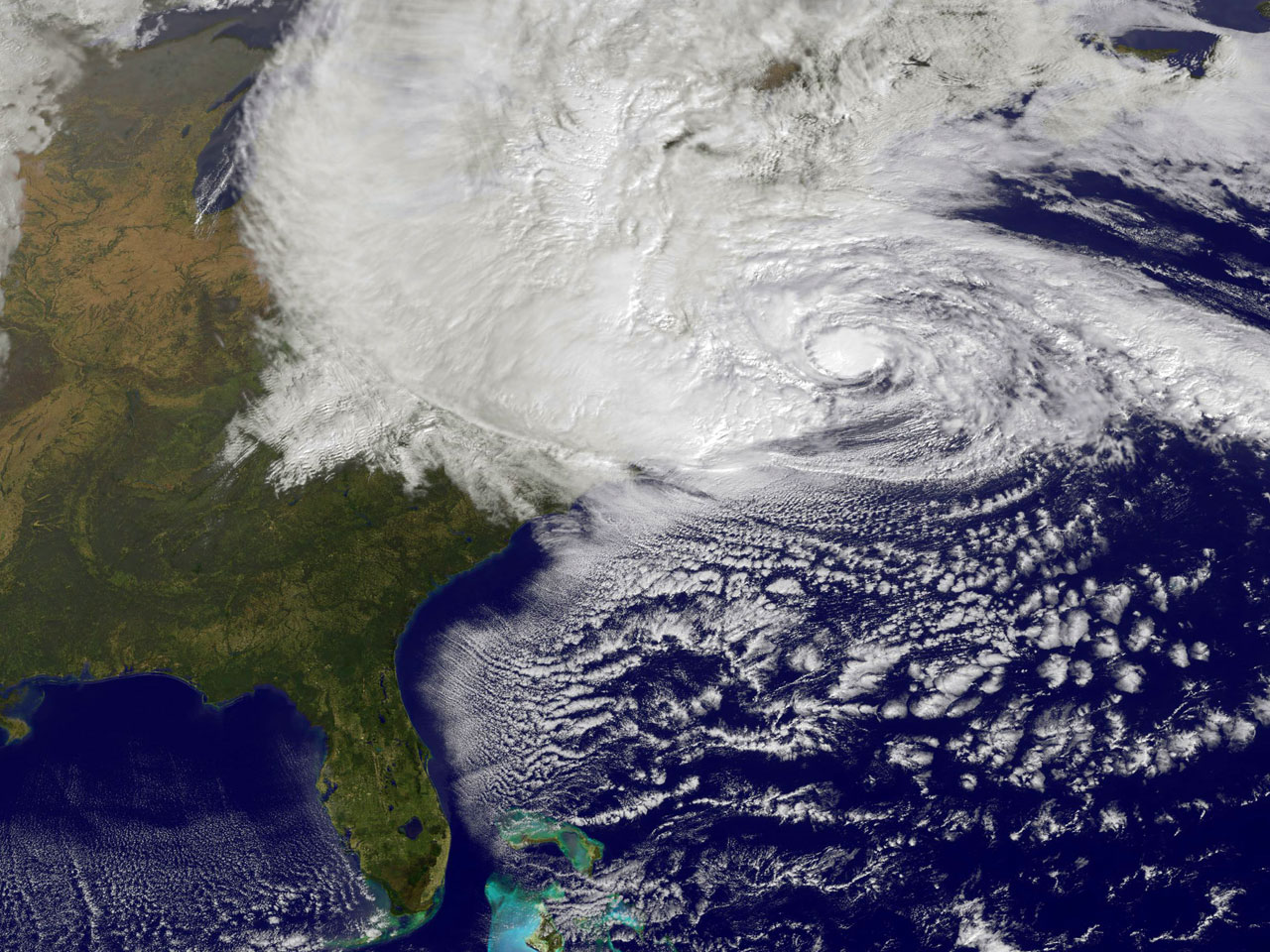 MIAMI - The 2013 hurricane season was relatively quiet, despite predictions to the contrary. Climate change, however, continues to put scientists and forecasters on edge about the intensity and frequency of big storms.

Below is a look at some of the things to know about this coming hurricane season.

Federal forecasters are expecting a slower-than-usual Atlantic hurricane season, with eight to 13 tropical storms and three to six hurricanes. There's no way to tell whether any of those potential storms will strike the U.S. coastline during the six-month season that starts June 1.

The weather phenomenon known as El Nino, which warms part of the Pacific every few years and changes rain and temperature patterns around the world, is expected to suppress the number and intensity of tropical storms and hurricanes this year. Cooler temperatures on the surface of the Atlantic Ocean compared with recent years will also lower the probability of hurricane formation.

Forecasters name tropical storms when top winds reach 39 mph; hurricanes have maximum winds of at least 74 mph. The first storm name on the list this year is Arthur.

Storm surge - the dangerous water rise created by tropical storms - is one of the deadliest and most damaging tropical storm hazards. Coastal erosion, disappearing barrier islands, and shrinking wetlands in places like Louisiana have long caused scientists to fear ever increasing intensity of storm surges. This year, the National Hurricane Center will post color-coded maps to show coastal residents how far from the shoreline the water will spread and how high that water will rise.

5. A LITTLE BIT OF HISTORY

It's been 10 years since the historic 2004 hurricane season, when four hurricanes affected Florida for the first time since record-keeping began: Charley, Frances, Ivan and Jeanne. There were 15 named storms that season, nine of which were hurricanes. But those four hurricanes remain among the top 10 costliest hurricanes to hit the U.S.

The following year, 2005, was the most active Atlantic hurricane season on record, and killed as many as 4,000 people in total. It was most famous for producing Hurricane Katrina, which did major damage in Florida on its way to ravaging the Gulf Coast from Texas to Alabama.

The 2013 Atlantic hurricane season was the first Atlantic hurricane season since 1968 to feature no storms of at least Category 2 intensity. Throughout the year, only two storms -- Humberto and Ingrid -- reached hurricane intensity, the lowest seasonal total since 1982. Just one year earlier however, in 2012, Hurricane Sandy slowly worked its way up the East Coast before slamming into New Jersey and New York in late October.

Thanks to post-Hurricane Sandy federal funding and a handful of winged drones that can spend hours spiraling in a hurricane's dark places, transmitting data that could help forecasters understand what makes some storms fizzle while others strengthen into monsters will improve. Knowing that information while a storm is still far offshore could help emergency managers better plan for evacuations or storm surge risks.

Hurricane hunter aircraft typically don't fly below 5,000 feet and can't descend below 1,500 feet, and real-time radar doesn't provide information about the thermodynamics at work inside a storm's cloudy core. Canisters stuffed with electronics dropped from the planes transmit data about a storm's pressure, temperature, winds and moisture as they fall to the ocean, but they remain airborne for only a few minutes.

The kind of drone that forecasters plan to launch from the hurricane hunters will spend hours descending slowly, cruising on the air currents spinning through a storm, possibly even orbiting a hurricane's eyewall. The amount of data the 3-foot, 7-pound drone - the Coyote, shaped like a thin missile with retractable wings - could collect in the lowest parts of a hurricane would give researchers a movie compared to the snapshots sent back by the canisters, said Joe Cione, who studies how storms interact with the ocean at the National Oceanic and Atmospheric Administration's Hurricane Research Division in Miami.

The drones have a propeller and are controlled by someone in the hurricane hunter aircraft, but they are designed to float on air currents, not fly against strong winds. And the small drones are disposable - once they hit the water, they won't be recovered.

Hurricane forecasters have gotten good at predicting where a storm is will hit, and the so-called "cone of uncertainty" that shows a storm's likely path will shrink again this year. Improvements in predicting changes in the intensity of storms, though, have lagged.