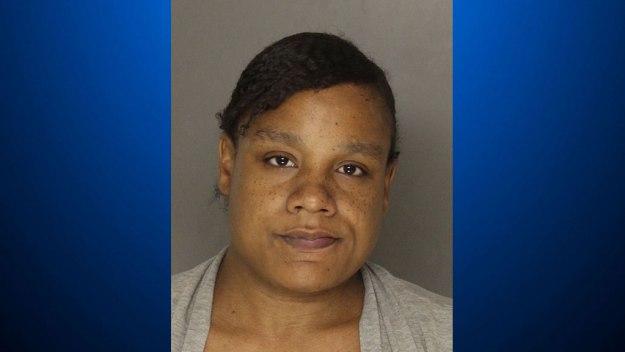 PITTSBURGH -- A suburban Pittsburgh woman is accused of stabbing her 8-day-old son and the baby's father, and police say she told them God made her do it because the baby was created "by the devil."

The baby was stabbed near the eye. The baby's condition and that of his father weren't known.

Police found a knife hidden beneath a garbage bin behind Fielder's apartment. Witnesses who tried to help the man and baby before Fielder chased them away told police she was wielding a knife that matched the one under the bin.

Fielder allegedly admitted to the crime and was quoted by police saying, "I stabbed the baby. That's the devil's baby,'" reports CBS Pittsburgh.

She allegedly told police God told her she needed to kill the baby, dismember him and throw him in the garbage because he belonged to the Devil.

Neighbor Darius Warren said he knew Fielder and was "devastated" by the incident. Warren told the station he called 911 after he saw the father run outside with the bleeding child.

"When the husband came out, I guess, he was holding the baby, running down, and the baby had blood in his eyes and stuff," Warren said. "[The father was] screaming '911, call 911,' so I called 911. Then when I asked the lady what was going on, she kept saying, 'It's Satan's child, it's Satan's child' and all that."

The baby's father told police he and Fielder had argued earlier in the day.

No attorney information is available for Fielder.