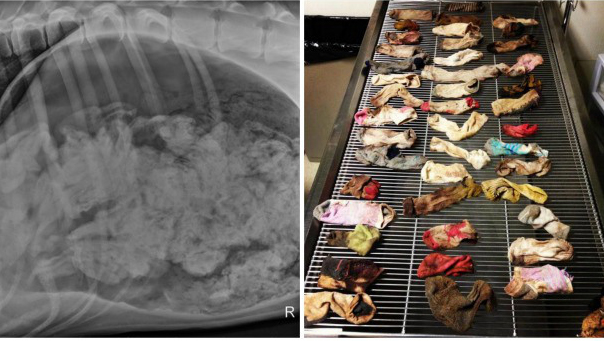 PORTLAND, Ore. -- A Great Dane that ate 43 1/2 socks is fine after undergoing surgery. The socks, however, don't look so good.

The 3-year-old Great Dane was repeatedly vomiting when he was brought into the DoveLewis Emergency Animal Hospital in Portland, CBS affiliate KOIN reported.

And what an exploratory surgery it turned out to be.

Nearly four dozen socks were removed from the dog's stomach.

He recovered so quickly that he went home the next day.

And the X-ray earned the clinic the $500 second-place prize in the 2014 X-Ray Contest Winners from The Veterinary Practice News.