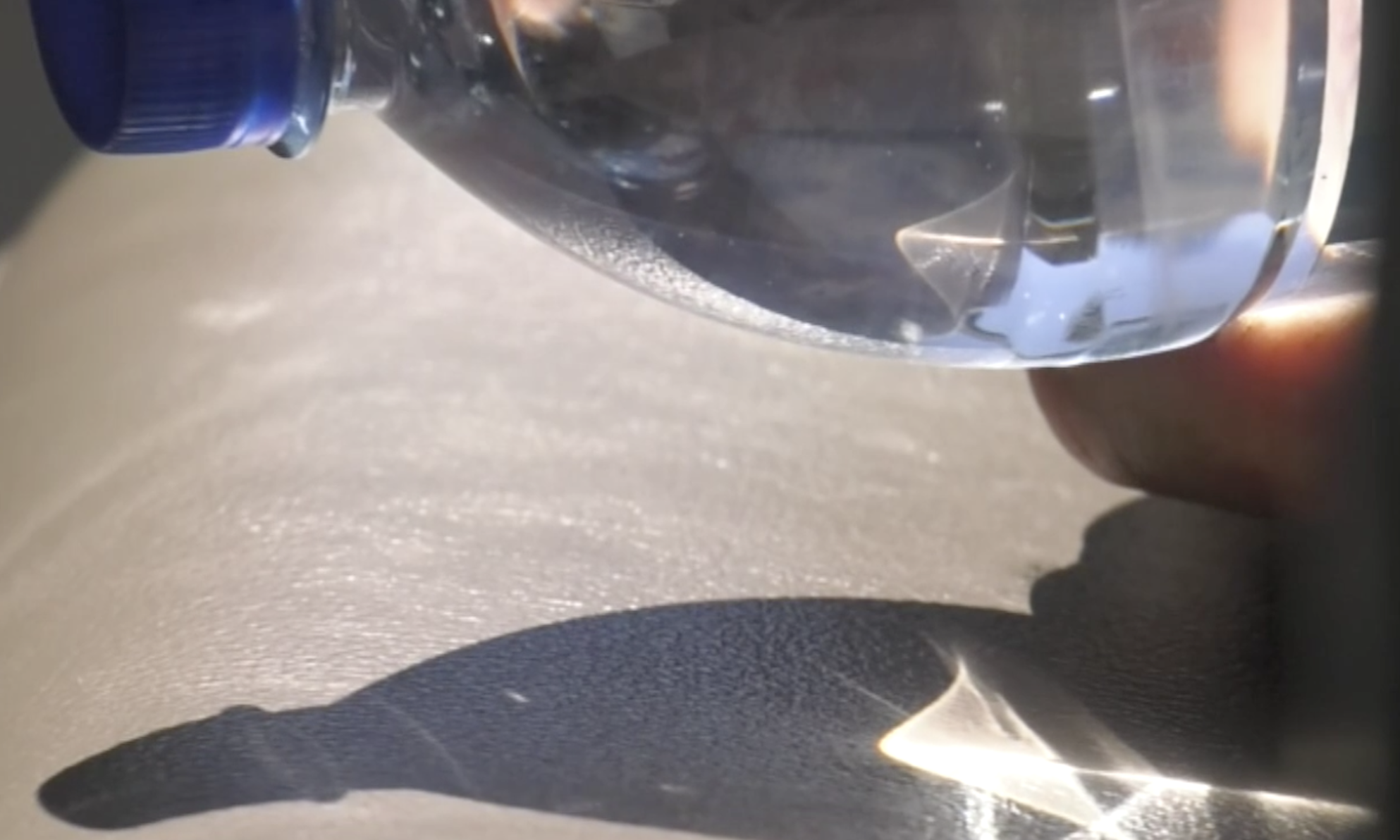 While working outside in blistering 100-degree heat in Boise, Idaho, Dioni Amuchastegui unknowingly made a dangerous mistake — he left bottled water in the front seat of his truck.

Amuchastegui had no idea a small plastic water bottle had the potential to start a fire. But that's exactly what happened.

"I was taking an early lunch, sitting in the truck, I happened to notice some smoke out of the corner of my eye," Amuchastegui explained. "I looked over and realized light was being refracted from a water bottle and was starting to catch the seat on fire."

Amuchastegui, a battery technician with Idaho Power, was quick to share his story as a warning to others.

"A lot of people on his team thought he was making it up," Melissa Thom, a corporate communications specialist for Idaho Power, told CBS News. "Everybody was shocked."

But with supervision from the company's safety director, Amuchastegui decided to re-create the alarming incident in a minute-long video that was posted on the company's Facebook page early last month.

The video showed smoke rising shortly after a water bottle was placed in direct sunlight on the front seat of Amuchastegui's car, leaving two small burn marks on the leather.

"A round plastic bottle filled with clear water can act as a lens that concentrates the sun's energy on one point," Amuchastegui explained.

The video caught the attention of thousands, including the Midwest City Fire Department in Oklahoma. The fire department even ran a test of their own.

"Vinyl generally starts to burn at 455 degrees," David Richardson, of the Midwest City Fire Department, told CBS News. "It wouldn't take very long to start a fire if conditions were right — depends on how focused that beam of light is."

"The air temperature doesn't matter," Richardson explained. "It works just like a magnifying glass, like one that you would use to burn leaves as a kid. It's the same principle."

Drivers don't have to worry about leaving out dark-colored drinks or tinted bottles, but Richardson recommends storing clear plastic water bottles under your seat and away from sunlight. If you notice a burning odor or cigarette-sized burn start to form, Richardson advises pushing the bottle out of the sunlight to break the beam of light.

"It's not a crisis. We don't know of this happening or becoming a contributing factor of car fires in our district, but the potential does exist," he adds.

Ex-Minneapolis officer who killed 911 caller will be released
Thanks for reading CBS NEWS.
Create your free account or log in
for more features.
View CBS News In
CBS News App Open
Chrome Safari Continue
Be the first to know
Get browser notifications for breaking news, live events, and exclusive reporting.