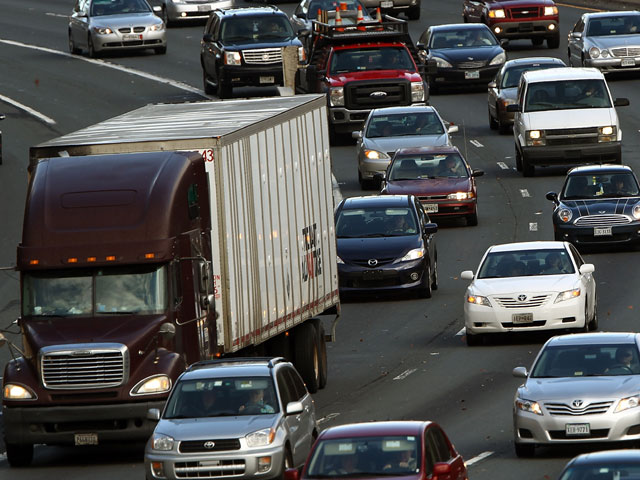 You've heard the warnings: Don't try to get anywhere on the Wednesday before Thanksgiving because it's the busiest travel day of the year. Yet despite all the "negative" facts - and with thoughts of turkey motivating your every move - you still fight through the masses to somehow make it in time before someone eats all the marshmallows off the sweet potato casserole.

However, making it to your destination in one piece might not be as miraculous a feat as you think. According to government statistics published by the Research and Innovative Technology Administration (RITA) in November 2003 (which appears to be the last time they've looked into this classic question), Thanksgiving eve is not the most traveled day of the year. If you're counting all forms of transportation, Thanksgiving Day is far more trafficked.

Comparing holidays, the statistics also showed that the percentage of long-distance travelers registers a greater spike during the 6-day Thanksgiving travel period than 17 days measured over the winter holidays.

Over at the Orbitz Insider Index, based on Orbiz.com bookings in 2010, Christmas week (Dec. 19 - Dec. 25) was the busiest travel week of the year - and Thanksgiving week didn't even make the Top 5.

That said, the Wednesday before Thanksgiving was the single-busiest travel day of the year for Orbiz.com. Keep in mind, though, the travel site doesn't include information on people using their own personal modes of transportation in its report. And, according to RITA, a whopping 91 percent of people opt to use personal vehicles to get to where they need to go for the holidays. The horse knows the way to carry the sleigh, after all.

Still, don't make broad assumptions that everyone is heading home (or somewhere) for the holidays. A 2009 CBS Evening News report found that official government data showed the busiest day for air travel in 2009 was Friday, July 18. There were 21,128 flights that day - 2,273 more than on the day before Thanksgiving.

Lesson to be learned: Every day is a bad day for travel, just depends on who you ask, and whether you're the one making the journey.