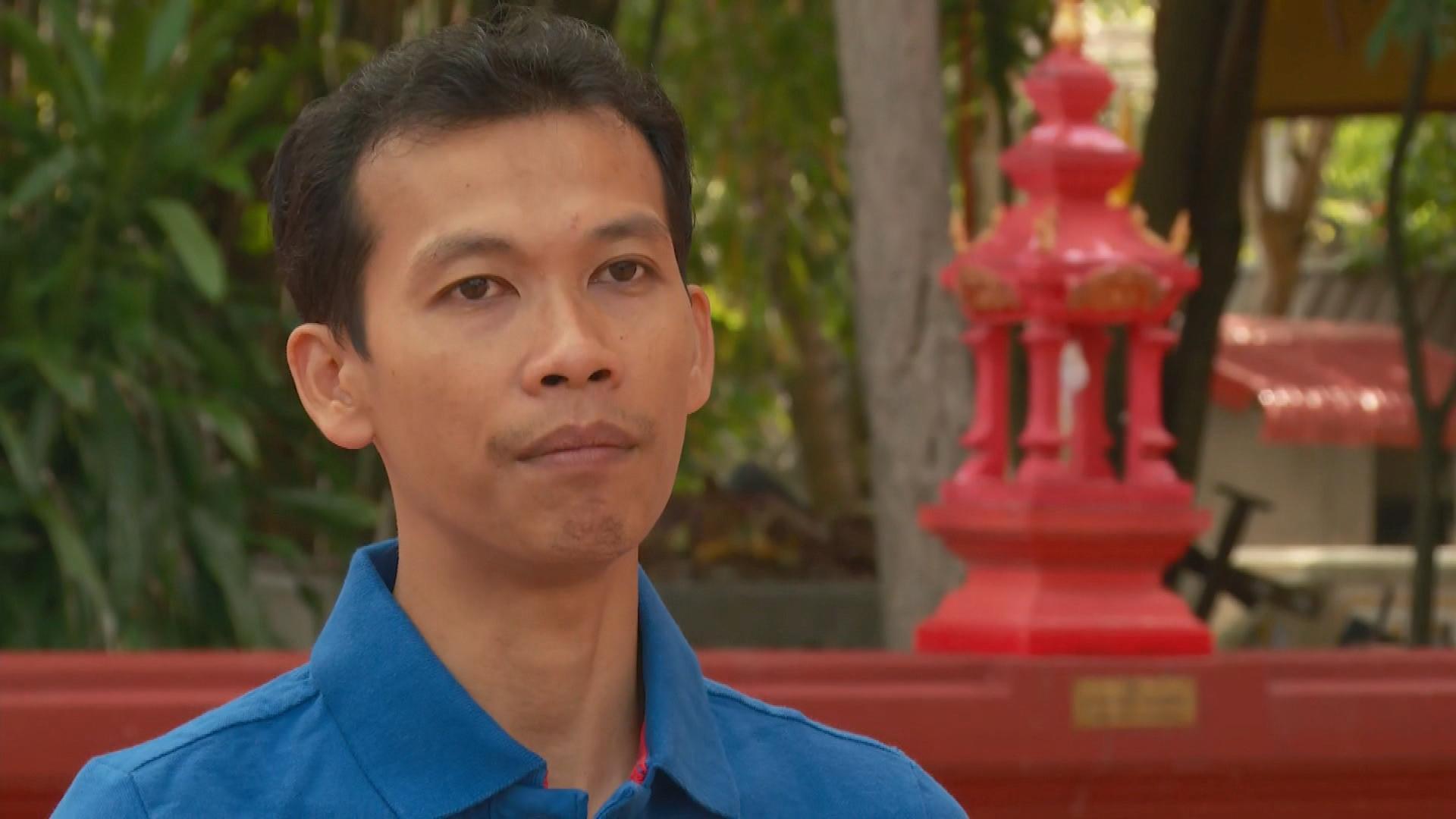 Members of the soccer team saved from a Thailand cave are telling family members the boys only intended to be inside the cave for one hour, but were forced to run deeper into the cave when fast-moving water started flowing in. Speaking with "CBS This Morning," the father of the youngest survivor said the boys' soccer coach, Ake, tried to swim to find a way out for them, but the water was too fast and too deep, forcing him to turn around.

The father, named Tanawut, says his son, Titan, described the first three days in the cave as the hardest. The group was hungry and cold. The boys had trouble sleeping, and Titan cried, because he missed his mom and dad.

Tanawut says he's touched by the actions of the team's coach. Without him, the father says, he doesn't know how the kids could have survived.

"Coach Ake hugged and encouraged him to be strong," Tanawut said.

Tanawut says Titan is doing well and asked where his coach was and how he was doing when he got out of the cave.

Thai health officials say overall, all the kids are in good mental and physical health.

Back in London Friday morning, British divers involved in the rescue said nothing like this has ever been done before.

"There was a lot of chaos," one of the divers said. "But we were so task oriented and focused we sort of blanked that out, and carried on with the job at hand, step by step until we achieved success."

And Tanawut says for that, he is thankful.

"I feel so grateful," he said. "And thankful to all Thai people, and everybody who sent their love and support."