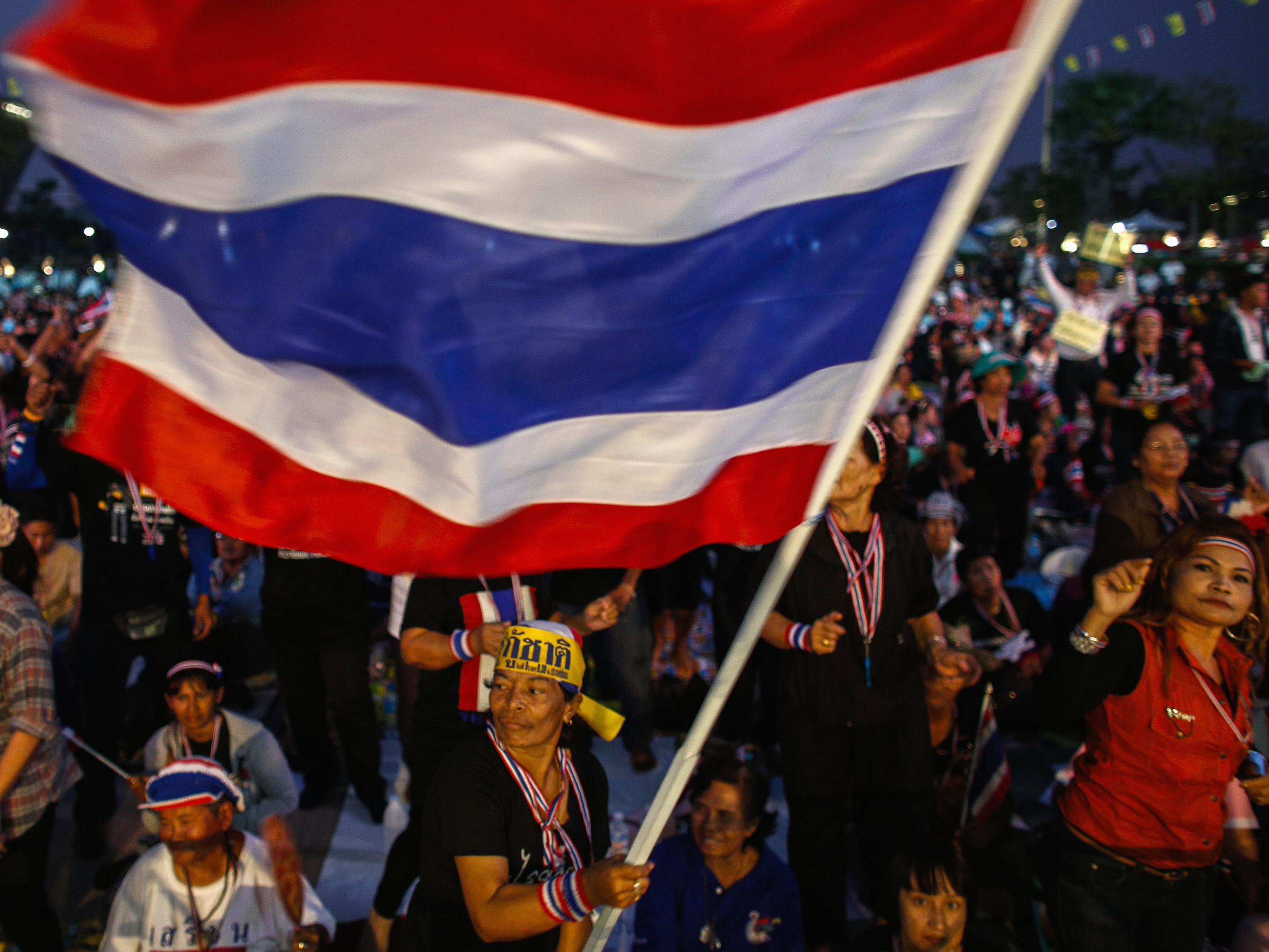 Protesters have been on the streets of the capital for weeks, clashing with police and vowing to oust Yingluck and eradicate the influence of her self-exiled brother, former Prime Minister Thaksin Shinawatra. The clashes petered out last week as the nation celebrated the revered king's birthday, but political hostilities are set to resume in earnest.

The demonstrations are the latest eruption in nearly a decade of rivalry between forces aligned with the Bangkok-based establishment and those who support Thaksin, a former telecommunications tycoon who won huge support in the countryside with pro-poor policies.

"At this stage, when there are many people opposed to the government from many groups, the best way is to give back the power to the Thai people and hold an election. So the Thai people will decide," Yingluck said in a televised address as thousands of protesters resumed demonstrations across Bangkok.

The leader of the anti-government movement, Suthep Thaugsuban, said he would not end his demonstrations and would continue a march to Yingluck's offices at Government House.

"Today, we will continue our march to Government House. We have not yet reached our goal. The dissolving of parliament is not our aim," Suthep, a former deputy prime minister under the previous military-backed government, told Reuters.

Police estimated as many as 50,000 people joined protests at different sites in Bangkok.

Yingluck's Puea Thai Party won the last election in 2011 by a landslide, enjoying widespread support in the north and northeast, Thailand's poorest regions. The Democrats have not won an election in more than two decades.

Suthep, aware that Yingluck would likely win an election if one were called, has been urging the setting-up of a "people's council" of appointed "good people" to replace the government. Yingluck has dismissed the idea as unconstitutional and undemocratic.

Underscoring the divide, the pro-establishment opposition Democrat Party said on Sunday all of its members of the House of Representatives would give up their seats because they were unable to work with Yingluck's ruling party.

Without the Democrats, the 500-member lower house will have 347 members.

Calling an election will not end Thailand's political deadlock if the Democrats boycott it, says Pavin Chachavalpongpun of Kyoto University's Center for Southeast Asian Studies.

In 2006, amid mass protests, the Democrats refused to contest a snap election called by Thaksin, who was deposed by the military five months later.

"This is only a short-term solution because there is no guarantee that the Democrats will come back and play by the rules," says Pavin. "We don't know whether they will boycott the elections or not."

"It seems like Thailand is going nowhere," he said.

Suthep has told his supporters they have to take back power from what he calls the illegitimate "Thaksin regime" and that they cannot rely on the army to help.

The army, which ousted Thaksin in 2006, has said it does not want to get involved though it has tried to mediate.

Thaksin fled Thailand in 2008 to avoid a graft conviction but has remained closely involved with his sister's government.

The protests were sparked last month by a government bid to introduce an amnesty that would have expunged his conviction.