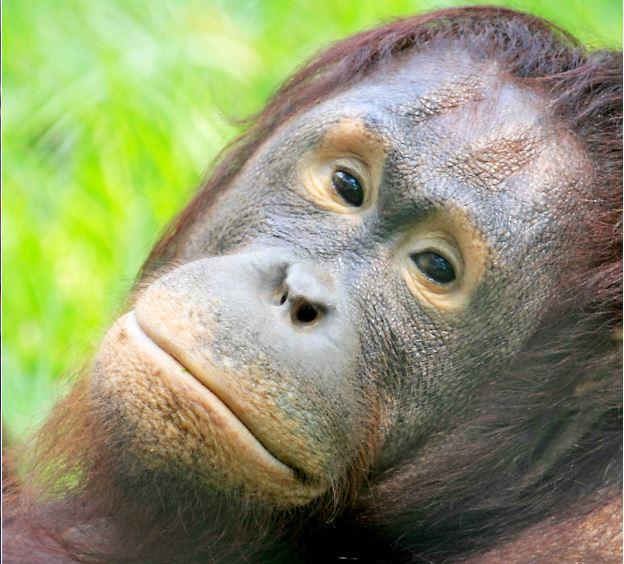 WACO, Texas -- A Texas zoo has set up a gift registry for an expectant orangutan couple, complete with bubble bath and a Dolly Parton CD.

The Cameron Park Zoo in Waco is requesting several items for Mei and KJ on the Target registry, which also includes the movie “Zootopia,” stuffed animals, a musical crib mobile, SpongeBob SquarePants bubble bath and books. All are under $25, and several have already been purchased.

“When Mei first got here, she was young, 10 years, she loved the movie ‘Jungle Book,’” Zoo curator of exhibits and programs Terri Cox said. “That was the one thing that would bring her up to the front until she got used to her surroundings.”

Cox said each of the items on the gift registry was selected to help provide enrichment for the new arrival and other zoo animals. Enrichment items are for determining successfulness in stimulating the animal mentally and physically, and are tracked per animal.

Zookeeper Laura Klutts told CBS affiliate KWTX that among the items they are looking for are any fun, family friendly CDs.

“They do like to listen to music for enrichment,” she said.

Mei is due in late January. Her trainer, Emily Ellison said staff will be on 24-hour baby watch beginning mid-January.

With the endangerment of wild orangutans and the death of Mei’s first baby in 2014, the zoo’s goal is to help save the species from extinction. The baby’s gender won’t be revealed until birth.

“These are magnificent animals. To encourage people to develop a connection to them, that’s the role of zoos,” Cox said. “In a perfect zoo we’d love for everything to live in their natural habitat. But in order to save the species, we have specific survival plans.”

The zoo is also planning to host a baby orangutan shower on Dec. 18 near the orangutan exhibit. Human guests will be able to enjoy cake.