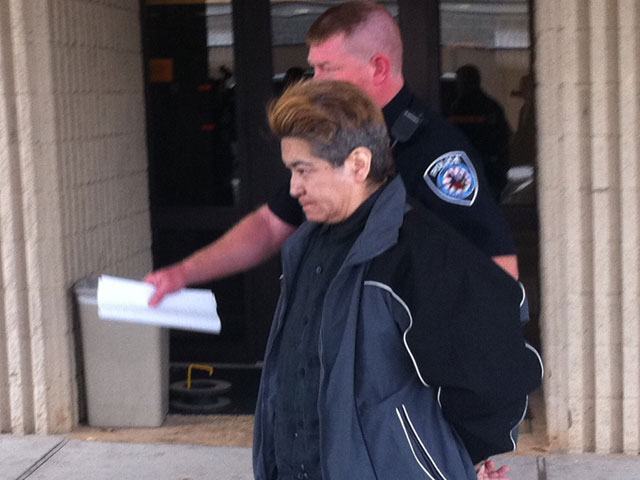 (CBS/KYTX/AP) TYLER, Texas - Maricela Aguilera Rodriquez  allegedly dressed like a man, armed herself with a knife and a stun gun, and barged into a home to settle a debt on a car - only  to find out she accosted the wrong family.

Rodriquez then allegedly made the mother take duct tape and tie and gag her three daughters, and was then bound herself by the suspect. The victims were forced into the front bedroom while Rodriguez ransacked the house, but the victims were able to get out of a bedroom window and run next door to call police without the her knowledge, police said, according to KYTX.

Police believe Rodriguez entered the home to collect a $15,000 debt over a car, but targeted the wrong residence.

Rodriquez has been charged with residential burglary with intent to commit a felony - a first degree felony.