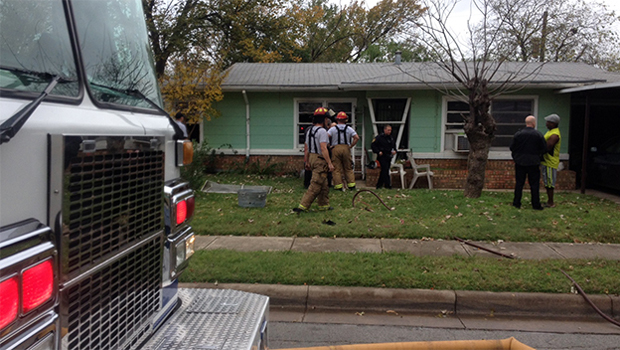 Emergency crews arrived at the scene to find light smoke coming from the structure and an 80-year-old woman, Lula Johnson, on the ground near the front of the home. She told firefighters that she had broken a window to escape from the house and that her husband was still inside.

"I seen that smoke coming in on me, and I had to get out of there," Johnson told KXAS-TV. "I got out through the help of the Lord."

Rescue workers quickly found the 79-year-old man, James Johnson, who was said to be in cardiac arrest.

He was removed from the house and transported by ambulance to JPS Hospital in Fort Worth in critical condition.

Johnson is now hospitalized at Parkland Hospital in the burn unit.

The man's wife was released from Baylor All Saints Medical Center at Fort Worth after being treated for smoke inhalation and lacerations suffered while trying to evacuate from her home.