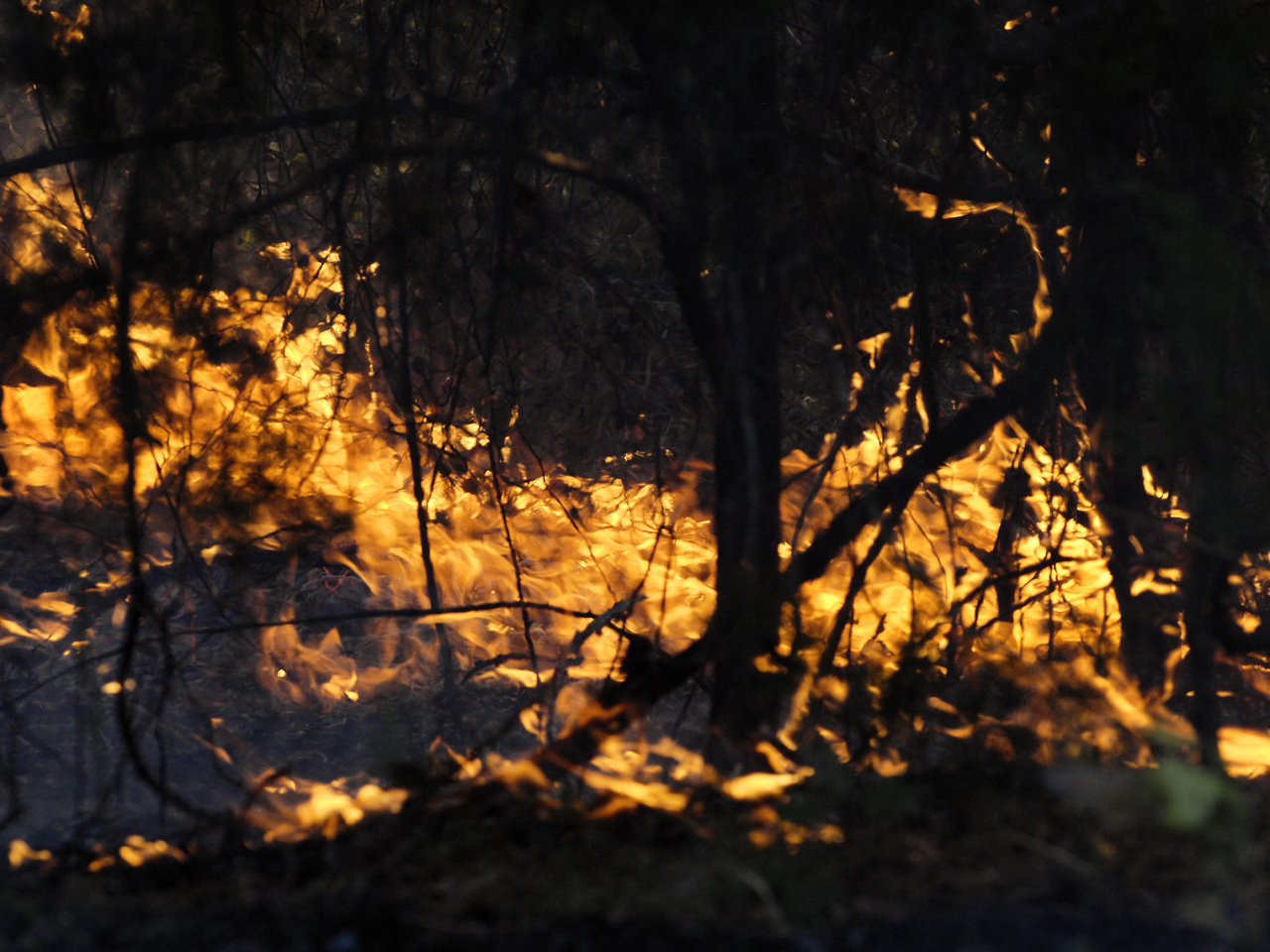 AUSTIN, Texas - David and Kris Griffin returned home from out-of-town weekend trips on Monday to find that their house was one of at least 20 in their Austin neighborhood destroyed or nearly destroyed by a weekend wildfire.

Nearly all of their possessions went up in flames, and George, their cat of 11 years, was missing. Making their loss even tougher to grasp, the homes on both sides of theirs survived relatively unscathed.

"All the other houses got saved except ours ... we're just kind of speechless right now," said Kris Griffin. She said finding the cat was their priority, because their possessions were replaceable.

Authorities charged a 60-year-old homeless man with arson on Monday, saying he defied a nearly statewide burn ban and left a campfire untended Saturday when he went to a store to buy beer. Fire officials say wind-blown embers ignited the blaze, which spread quickly through a suburban-like area of southwest Austin and forced the evacuation of about 200 homes.

The blaze destroyed 10 homes in the affected area and significantly damaged 10 others, and those numbers were likely to rise as fire officials continued searching the affected area, said Austin Fire Department spokesman Palmer Buck.

One of the driest spells in Texas history has left most of the state in extreme drought, and wildfires in various parts of the state have burned more than 1,000 square miles of land in the past week — an area that together would equal the size of Rhode Island.

Flames continued to drive residents from their homes along the shore of a North Texas lake, with at least 18 homes and two churches burned Monday near Possum Kingdom Reservoir on the Brazos River, 70 miles west of Fort Worth, said Trooper Gary Rozzell of the Texas Department of Public Safety.

Rozzell said at least three large wildfires approached consolidation into one massive one called the Possum Kingdom Complex. The heat from the flames grew so intense Monday that it sent cinders high into the atmosphere, where they became icy and fell in a process called "ice-capping," he said.

"They tell me it's like a roof falling in," he said.

"We really need the federal government to step up at a substantially greater role that they have been playing," Perry said Monday.

He also urged Texas residents to use extreme caution with any outdoor fires and to remove dried vegetation that can fuel wildfires.

"There are some really serious conditions out there," Perry said.

Federal Aviation Administration spokesman Lynn Lunsford said Monday that two people who apparently wanted to see one of the West Texas fires from the air were killed when their single-engine biplane crashed the day before.

Lunsford said witnesses told investigators the two-seater took off from Mathis Field/San Angelo Municipal Airport on Sunday and that the two people on board, whose identities were not immediately released, indicated they wanted to go on a sightseeing trip over the wildfire. The wreckage was found Monday east of San Angelo.

In East Texas, closer to the border with Louisiana, new blazes broke out in an area known for its thick forests, sometimes called the Piney Woods. About 3,000 acres have burned in the area, Texas Forest Service spokesman Marq Webb said.

Webb said he was particularly concerned that the tops of some trees have been set alight by wind-carried embers, a phenomenon known as crowning.

"Fire builds up and gets into the tops of trees, it just races through the top," Webb said. "You don't normally see that kind of fire activity in East Texas. The fire factor is just running off the charts."

Crowning likely contributed to the erratic damage in the Austin fire.

At the home next door to the Griffin's, only a door frame had been damaged. On the other side, only a wooden fence and part of the backyard had been burned. But a short walk up the hill, firefighters were working to bulldoze a collapsed home continued to smolder late Monday morning.

Steven Schrage, who rents one of the houses next door to the Griffins, said he watched through binoculars Sunday as the wildfire raced up a ridge toward his backyard. He fled with his computer and family photos and spent the night at a hotel, certain he had lost everything. But he returned Monday to find his home had been spared.

David Griffin, 50, said it was the spectacular views from their ridge-top home that lured them to the Austin outskirts two years ago. Their backyard overlooked a lush, brush-covered panorama dotted with old oak trees and wildflowers. The fire left it a smoldering wasteland.

"We had this gorgeous view of all these trees and now it's nothing," Kris Griffin said. "I wish I had some profound thing to say but I'm just blown away."