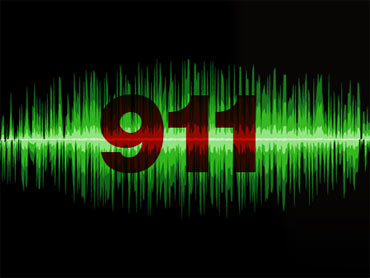 (CBS) SEGOVILLE, Texas - Two Texas teens checking out an attractive woman in a car wound up rescuing the victim of a kidnapping, ABC affiliate WFAA reports.

"I was like 'Oh man, look at this lady, she's hot! Like look, she's attractive!'" 17-year-old Jamal Harris told the station. "And then we made eye contact, and I see this serious expression on her face. What she was trying to say was serious. And I read her lips and she was like, 'help me.'"

According to the station, Harris and his friend, 19-year-old Aaron Arias, were driving to pick up a friend in Segoville the night of Aug. 22 when a woman in the car next to them caught Harris' attention.

The woman was sitting in the backseat of a car stopped next to the teens at a stop sign.

"They drive right in front of us and I see her touch the back windshield, and I saw her face and that's when I knew we had to go after them," Arias told the station.

The teens began following the car and called 911.

"He was driving crazy, swerving and everything," Arias said. "And at one point he started turning on and off his lights, so we knew that he knew he was being followed."

Harris and Arias followed the car for 20 minutes until they reached the city of Kaufman, according to the station. It was there that authorities cornered the vehicle.

The man driving the car was identified by police as Charles Atkins Lewis Jr., and they say he kidnapped the unidentified woman in downtown Dallas and forced her into his car.

Lewis was arrested and is being held on a $50,000 bond. The woman, now safe, thanked the teens following her rescue.

"The hugs, the tears, like, she was crying because she was beyond grateful," Arias said.

"You don't need a cape to be a hero," Harris told the station. "You just have to be yourself and just respond."