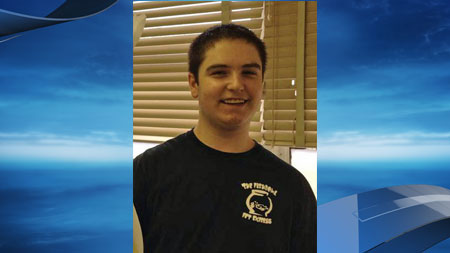 AUSTIN, Texas -- Austin police tell CBS affiliate KEYE-TV they are investigating 18-year-old Grant Thompson's death as a suicide -- and the possible connection of the cobra snake to his death.

Emergency personnel found Thompson unresponsive Tuesday night in the parking lot of a home improvement store in Austin with a puncture wound to his wrist. He died while being taken to a Round Rock hospital.

Police say the venomous snake was found early Friday morning near an intersection about half a mile away from the parking lot of the home improvement store. KEYE-TV reports authorities believe it was hit and killed by a car.

Thompson worked at a pet shop in his hometown of Temple. The Temple Daily Telegram has reported he would show exotic animals to children.

Shaun Toneff, who works in the same strip mall as where Thompson was found, told CBS affiliate KEYE-TV that he found the monocled cobra on the I-35 Frontage Road just outside the parking lot. Toneff said that he turned his car hazard lights on and approached the snake cautiously.

"I turned on my flashlight and saw that it was it. You recognize the flat spot and the monocle on the back, of course," he told KEYE. "I just got a quick a peek as I could without it trying to bite me. It was already dead, of course, but I didn't know that."