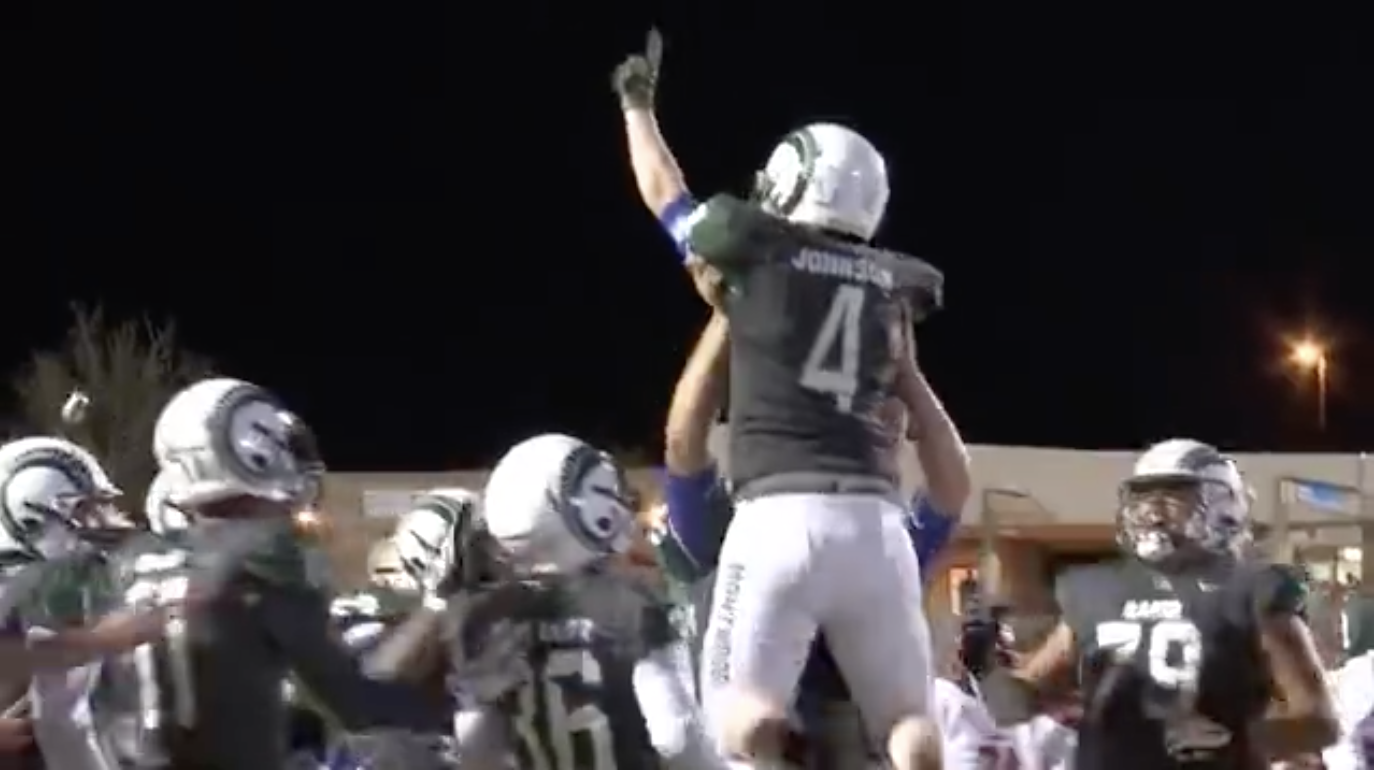 For four years, special needs student Kieran Johnson practiced with the Montwood High School football team and was their biggest supporter during games. But the high school senior from Texas has never played in a varsity game.

Johnson has Williams Syndrome, a developmental disorder, and received open heart surgery when he was just 2 years old, KDBC reports. Despite this, he has always had an unwavering spirit.

Last week, the football team wanted to uplift Johnson, the way he uplifts them every week. Head coach Ariel Famaligi said Johnson is the team's biggest supporter, so to show him how much the team cares, they had him suit up for senior night on Friday. The team gave Johnson an opportunity to score a touchdown – and he took it.

When he received the ball, he knew just what to do. Johnson sprinted to the end zone, his teammates trailing behind him, and scored a 50-yard touchdown. Players hoisted him in the air in victory.

The experience meant a lot to the high school senior, who loves football more than anything. "I turn on my beast mode and whatever happens, happens, and it happens for a reason," Johnson said.

"All I saw was the goal line and I went for it. Game on, man. I tried and I made it baby!" he told KDBC after the touchdown. "I'm feeling great after that one. Great touchdown, great play, great drive. Way to get it done by my boys and myself."

Johnson's mom Barbara Ventrella said it was an emotional time watching her son on the field. "I think I had tears in my eyes," his mom said. "It means so much to him, and those guys mean so much to him."

Kieran, who has won a gold medal competing in the Special Olympics, said nothing compares to playing football. "I can't believe this, I'm in shock, man. Oh, what an emotional night it's been for me," he said.