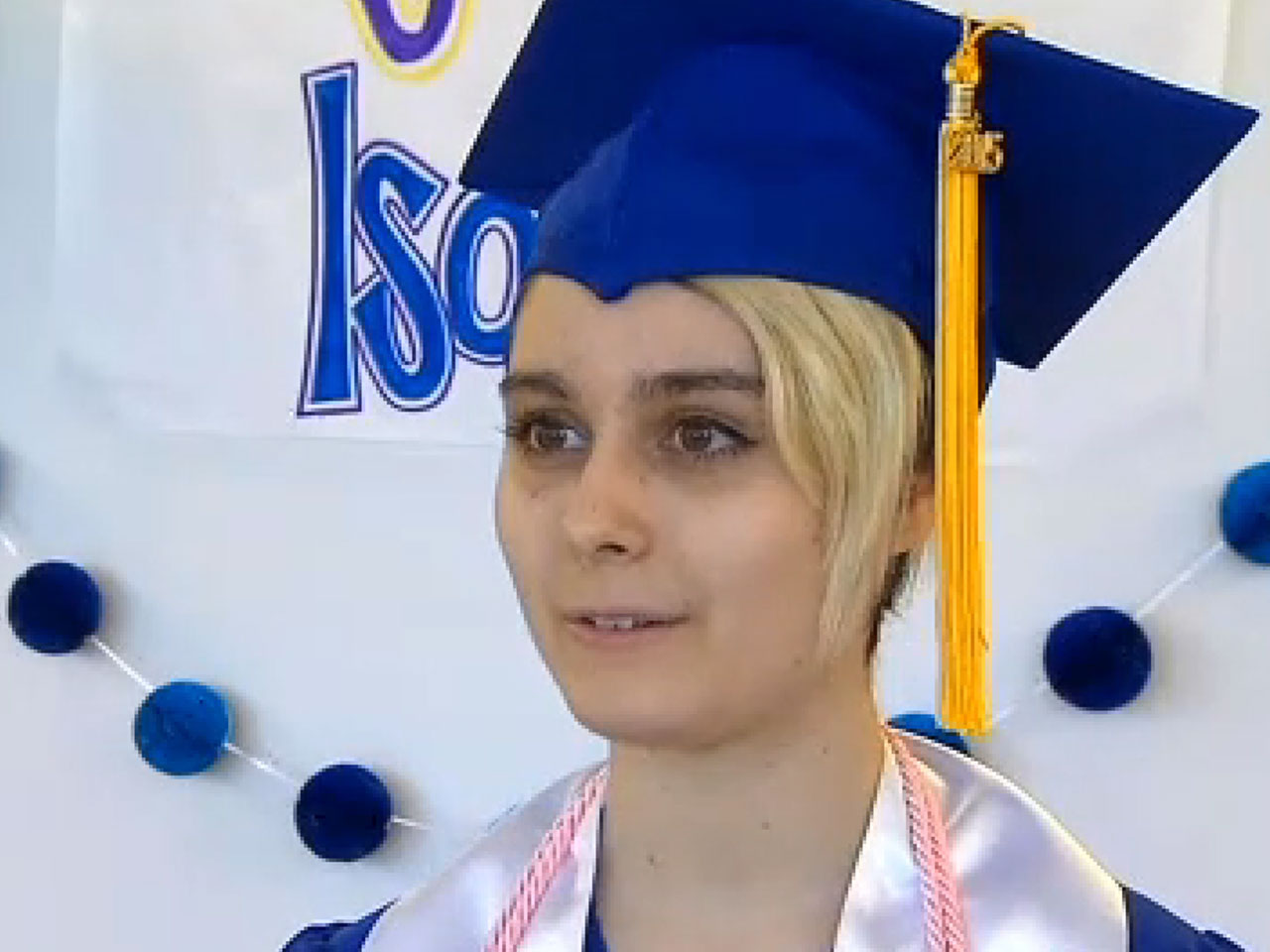 GARLAND, TEXAS -- A Texas teen has a lot to celebrate this graduation season, one being her high school graduation, but the most precious being, her life, CBS affiliate KTVT reports.

Isobel Tutor, 17, had been hospitalized for more than a month while waiting on a liver transplant. Earlier this month the Garland, Texas teen received her diploma from Lakeview Centennial High School in front of friends and family gathered for a special ceremony held at the Children's Medical Center Dallas.

Tutor is recovering from surgery saying from her hospital room that she is still a little sore, but overall, "feeling really well."

She was emotional and thankful reflecting on her donors sacrifice.

She said the experience has made her reflect on the fact that, "sometimes people just don't survive."

She told KTVT she plans to honor her donors' generosity by living well, and paying kindness forward.

Tutor is an aspiring artist and lover of all things creative. With her new liver and outlook on life she hopes to study fashion design.

"Everybody thinks they have to do something huge to standout, and the most important thing is to be like a big star and make some big show of something, " she said. "I think people have forgotten the simple dignity of just living... they've forgotten that there's honor in just living."