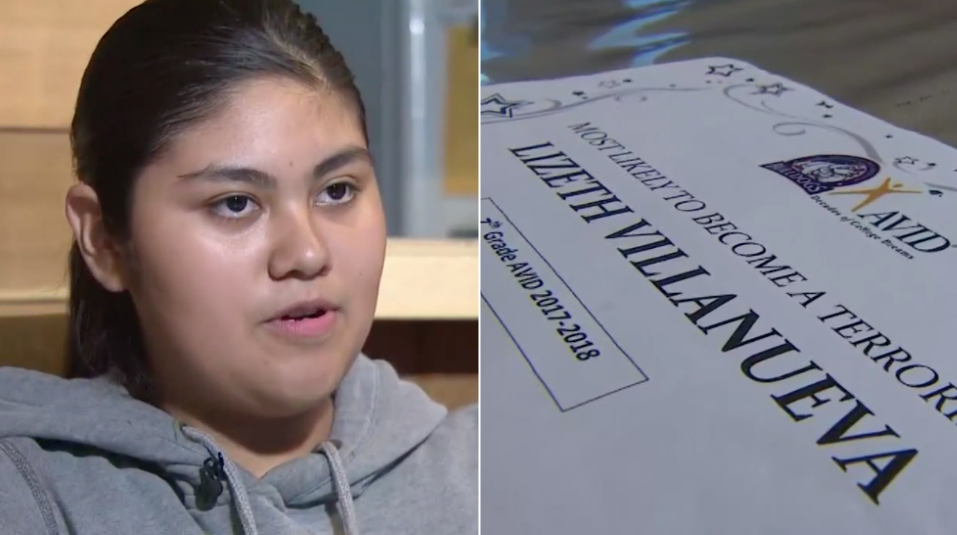 CHANNELVIEW, Texas -- A Houston-area school district says it no longer employs a teacher who gave a student a mock award naming her "most likely to become a terrorist."

The Channelview Independent School District disclosed in a statement issued Tuesday that it had parted with the junior high school teacher who gave the award to 13-year-old student Lizeth Villanueva and other mock awards to other students. The tersely worded statement said simply, "We have concluded our investigation and the teacher responsible is no longer employed by the district."

Previously, the district had apologized for the "insensitive and offensive fake mock awards" and said that several teachers had received undisclosed discipline.

Villanueva told CBS News the teacher was laughing about the awards.

"She said that some people might get offended, but she doesn't really care about our feelings," Lizeth said.