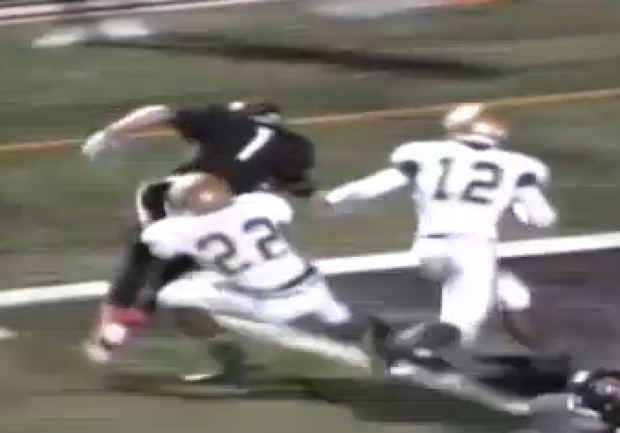 AUSTIN, Texas A Texas high school football coach whose undefeated team won its last game 91-0 said Wednesday a district investigation found "no grounds" to support a bullying complaint filed by a parent of a player on the losing team.

"Basically, there were no grounds for bullying during the game, prior to the game or after the game," Buchanan said.

Texas has no "mercy rule" in 11-man high school football to automatically end the game when the score becomes too lopsided.

A copy of the complaint obtained by The Associated Press quoted a parent, whose name was redacted by the Aledo school district, who said: "we all witnessed bullying firsthand."

"Picking up my son from the fieldhouse after the game and taking him home was tough," the complaint read. "I did not know what to say to my son on the ride home to explain the behavior of the aledo (sic) coaches for not easing up when the game was in hand."

One section of the complaint asks to list the names of any witnesses to the bullying. Wrote the parent: "everyone in the football stadium."

The parent put no blame on Aledo players, and instead praised them for good sportsmanship and wished them good luck.

Buchanan said he tried stopping the game from getting out of hand, even speaking to referees before the game about clock management if the score was a blowout. He approached referees again at halftime, he said, and asked to implement a running clock in the fourth quarter to hasten the game's end.

Buchanan said none of his players felt good about the final score, and believes his players were confused by suggestions that they bullied an opponent.

"They didn't understand how it was defined as bullying, what they knew bullying to be," Buchanan said.

Aledo is an undefeated suburban football power (7-0) and a state championship contender this year. They've racked up several blowouts this season, due in part to being placed in a new district that isn't as strong in football.

The Bearcats' average victory margin in four district games this season is 77 points, and the team averages 69.3 points a game. On Friday, Aledo ran just 32 plays, rushing for 391 yards and eight touchdowns, as well as scoring two touchdowns each on passes and punt returns and one on a fumble recovery.