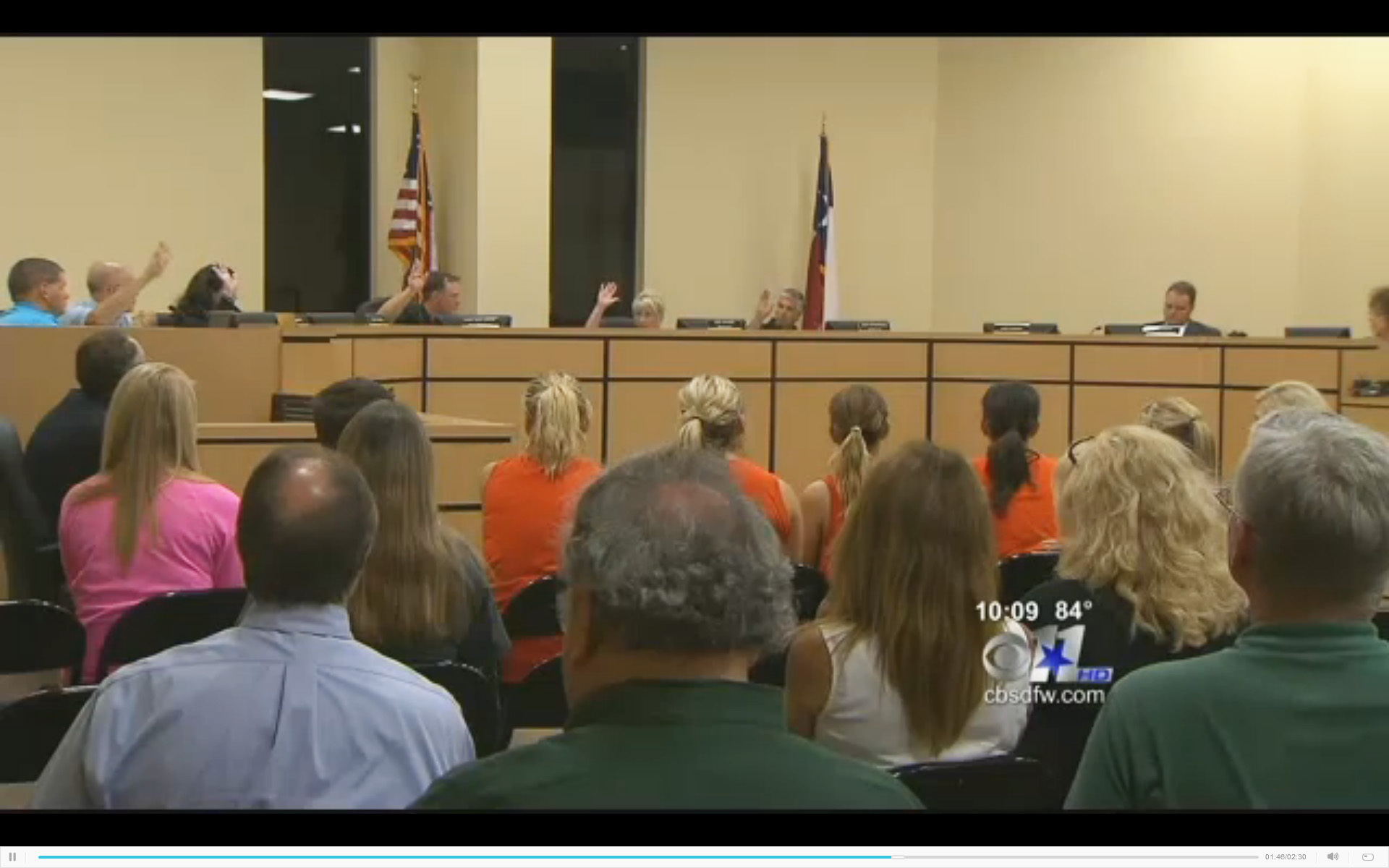 (CBS News) A north Texas school board voted Monday to change its corporal punishment policy to allow district employees to paddle students of the opposite sex, CBS DFW reported.

On Monday, the parents of two teenaged students claimed the policy had been violated. Dena Jorgensen said her daughter suffered "welts, blisters and bruises" when she was paddled by a male school administrator.

Superintendent Mike Kelley acknowledged male employees were paddling female students and apologized for the violation. Following the complaints, the school board voted unanimously to remove the gender-specific rule.

Kelley told CBSNews.com in an e-mail that the employees responsible for applying corporal punishment at the high school are male, while a female assistant principle is currently responsible for carrying out such discipline at the middle school. He said continuing the gender-specific policy would mean that only parents of male high school students and female middle school students would be able to request corporal punishment.

Kelley said the new policy requires parents to provide a written request that corporate punishment be utilized. The new rule also limits such parental requests to one per semester.

Parents of students who violate the Student Code of Conduct may request that corporal punishment be used in lieu of in-school suspension or after school detention, if they believe it's in the best interest of their child, Kelley said. But he added that there is no rule requiring corporal punishment.

Deborah Sendek, Program Director of the Center for Effective Discipline, said she was disappointed in the overall policy that permits corporal punishment, but that the rule allowing opposite-sex paddling was "disturbing."

"Instead of remedying the situation, what they did was backtrack," said Sendek, whose organization provides educational information to the public on the effects of corporal punishment and alternatives to its use.

According to Sendek, 19 states in the U.S. allow corporal punishment in schools, though some states use it more than others.

"It really does take a lot of time and energy and a lot of real thinking-through to make a consequence that is a teaching consequence," she said, adding that consequences should be aimed at helping students learn and be more productive.

"We think there are much more efficient ways and effective ways to work with kids in terms of discipline problems," Sendek said.