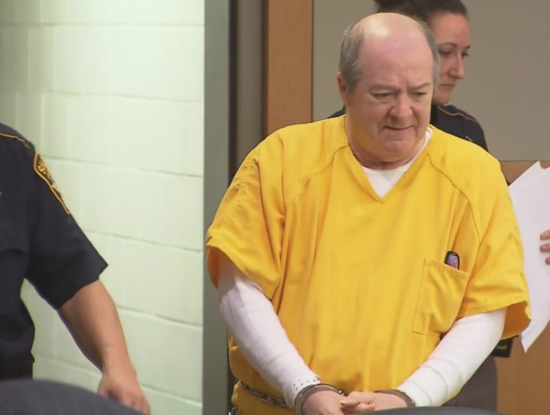 McKINNEY, Texas – Chilling radio broadcasts with the voices of an admitted pedophile and his victims were played in a Collin County courtroom Thursday. CBS Dallas/Fort Worth reports that Plano syndicated radio host, Dan Steffen, pleaded guilty to abusing four victims. "I'm pleading guilty because I am guilty," said Steffen.

But police believe there are dozens, if not hundreds, of others.

Steffen not only admitted to sexually abusing boys, but he also pleaded guilty to offering someone $45,000 to have his prosecutor killed. He worked as a radio host out of his home and prosecutors revealed disturbing excerpts from broadcasts talking about and to his victims.

Plano detectives raided his home last year after hearing he was engaging in sex acts with a 16-year-old boy. "He had known him since he was about 10 years old," said Daniel Bryeans with the Plano Police Department.

Prosecutors played excerpts that include the boys voices and Steffen gushing over their appearance.

A Collin County prosecutor testified about her fear after Steffen tried to have her killed while in jail.

"I was frightened," said Assistant District Attorney Crystal Levonius. "I think I was more afraid for my children because they are all very young. Because I was aware of the defendant and I felt like he was the most depraved individual I ever prosecuted. I took him at his word."

Steffen could get anywhere from probation to life in prison when he is sentenced by the judge.